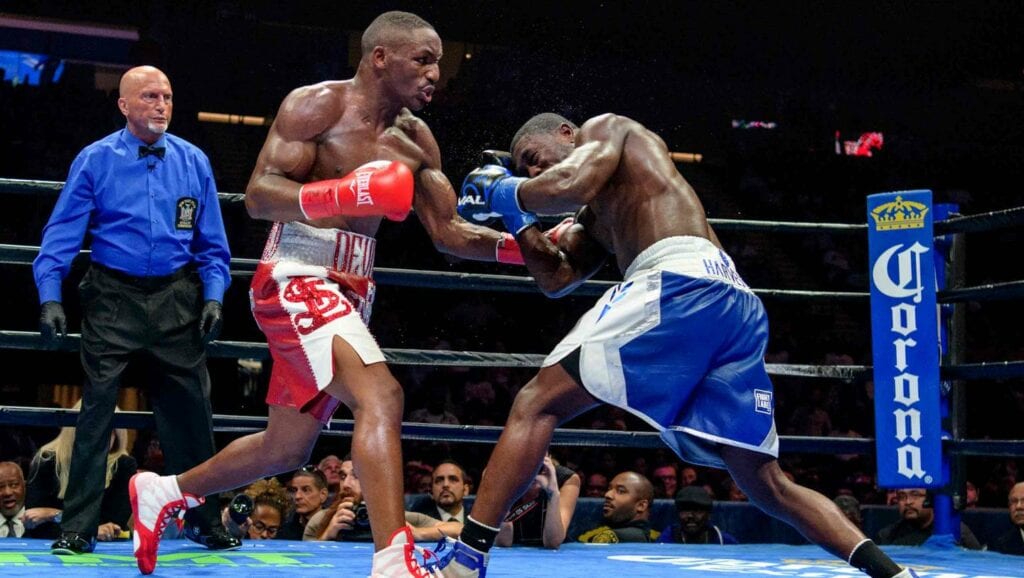 Alexander back in action against Redkach

The broadcast begins at 8 p.m. ET/5 p.m. PT and will also feature a 10-rounder of middleweights in Hugo “The Boss” Centeno Jr. against Willie “El Mongoose” Monroe Jr. in the co-main event. The card begins with unbeaten heavyweight Onoriode Ehwarieme in a 10-round clash against Rodney Hernandez.

Alexander (27-5-1, 14 KOs) returned to the spotlight in February 2018, after a period of inactivity in which he sought treatment for an addiction to painkillers, and delivered in two exciting contests on FOX. After fighting to an action-packed draw against Victor Ortiz, he dropped Andre Berto in their August matchup before losing a close split-decision. Originally from St. Louis, Missouri, Alexander is now training with boxing legend Roy Jones Jr. in Pensacola, Florida for the first time for this fight.

“I’m excited to get back in the ring on June 1 on FS1 and FOX Deportes and bring a great fight to the fans at Soboba Casino Resort,” said Alexander in a press release. “As most people know, I’ve switched trainers to Roy Jones. Jr. Roy has accomplished everything in this sport and he’s teaching me to have fun again. He’s also helping me balance both my physical and mental game. I’m just excited to enter the ring with him in my corner and to fight my way back into world title contention.”

Hailing originally from Ukraine, but now training in Los Angeles, Redkach (22-4-1, 17 KOs) has won back-to-back fights heading into June 1, defeating Brian Jones last June and Tyrone Harris in February. The 33-year-old is a training camp teammate of featherweight champion Leo Santa Cruz and put together those recent victories after losing contests to John Molina Jr. and Argenis Mendez. The December 2017 battle against Molina saw both men hit the canvas in a firefight that garnered Fight of the Year attention.

“This fight is very important to me and I appreciate the opportunity to compete against a fighter like Devon Alexander,” said Redkach. “I am always in the gym and ready to fight, but I am also preparing mentally for the challenge ahead and to be at my very best. Devon Alexander is a good fighter with a name people know, but after my performance on June 1, they will know me too.”

Centeno (27-2, 14 KOs) bounced back from a loss to Jermall Charlo in 2018 to defeat Oscar Cortes in February. The 28-year-old previously scored this great knockout of Immanuwel Aleem back in August 2017 and won his first 24 pro fights.

The 31-year-old Willie Monroe, Jr. (23-3, 6 KOs) has shown he can compete at the elite level, having faced top middleweights Gennady Golovkin and Billy Joe Saunders throughout his career. The 32-year-old from Rochester, NY holds victories over Gabriel Rosado, Brian Vera and Brandon Adams and has won back-to-back fights heading into this one.

Representing his home of Sapele, Nigeria, Ehwarieme (17-0, 16 KOs) was a 2008 Olympian who is unbeaten since turning pro in 2010. The 31-year-old has a 16-fight knockout streak heading into his U.S. debut, as he continues to seek a path to becoming the first Nigerian heavyweight champion since Samuel Peter. He will be opposed by San Jose, California’s Hernandez (12-7-2, 3 KOs), who defeated Nick Jones and then-unbeaten LaRon Mitchell in 2018. The 30-year-old has battled heavyweight standouts Adam Kownacki, Michael Hunter and Efe Ajagba in a career dating back to 2011.