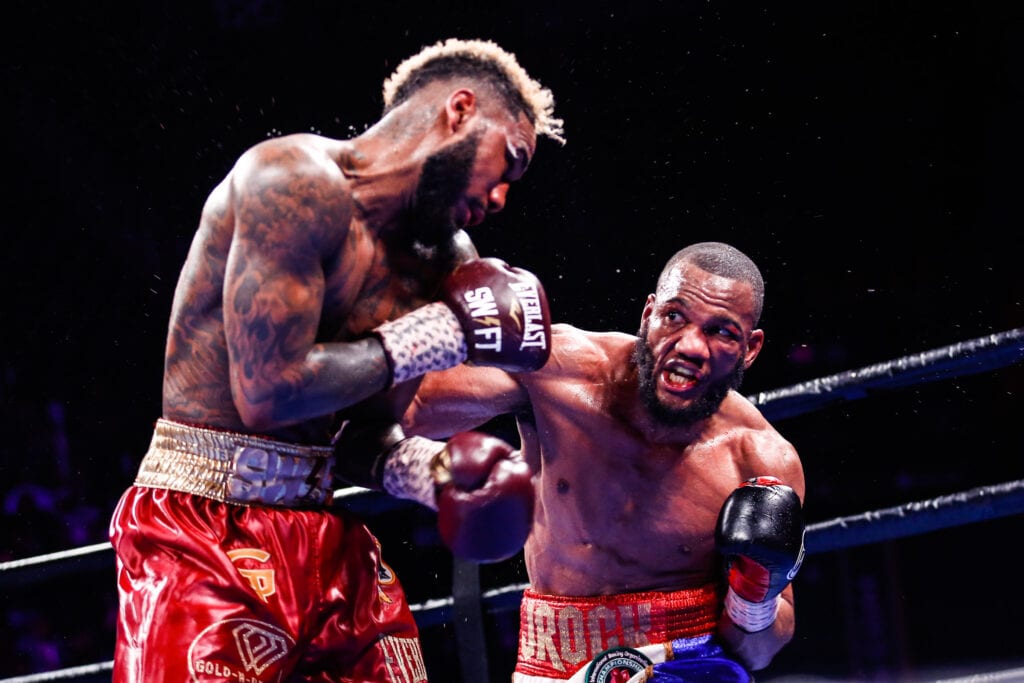 Williams emerges as new champ in upset over Hurd

In what may go down as the front runner for Fight of the Year, Julian “J-Rock” Williams was victorious in a hard-fought battle against “Swift” Jarrett Hurd Saturday night at EagleBank Arena in Fairfax, Virginia, to become new WBA and IBF champion at 154 pounds.

The WBA and IBF champion Hurd came in with the belts and with the legendary Washington Redskins marching band leading him to the ring, but walked out on the other end of a unanimous decision, as the judges scored it 115-112 by two of them and a third scoring had it 116-111.

The gameplan for Williams was to be the aggressor and take the fight to Hurd, as they even mentioned on the FOX TV broadcast that Hurd is a noted slow starter. This fight was no exception, as Williams attacked early and also knocked Hurd down with a left along the ropes in the second round.

After that knockdown, however, is when Hurd picked up the pace and from there we had on our hands an intense back and forth match that was worth the cost of admission.

Solid exchange from the Champ and J-Rock! ? pic.twitter.com/7gGTx36563

What made the fight, so close was the fact that Hurd in the middle rounds was not going down without a fight despite taking big punches, but was able to get some great shots in himself. Great exchanges continued inside between both fighters as Williams was able to land on Hurd causing a cut eventually above both of Hurd’s eyes, but also, an equal shiner on the left eye for Williams.

The hometown crowd was behind Hurd in this match, but it seemed at every corner that Williams was just able to withstand what Hurd was throwing and dish out more punishment, as well.

Williams, now 27-1-1 (16 KOs), was elated to become to the new champion and said the following after the fight:

“I am just overwhelmed. This is such a great feeling. I outclassed him. I am one of the best fighters in the world. Maybe I wasn’t ready for the title the first time I got the shot. I took the loss. I took it like a man, and the whole world doubted me. I went into this fight a five to one underdog.”

The new champion also looked at the bigger picture of what he’d accomplished in his life. “This is a dream come true. I have been waiting for this for years. I never ditched the gym. I never got into girls or left the gym. I am from the streets, but I was never in the streets. I was in the gym practicing my craft.

“The only people that believed in me were my team, but all I can say is ‘and the new’!”

Hurd suffered his first loss in his fourth title defense and is now, 23-1 with 16 knockouts.

The broadcast on FOX had a poll put up that had Hurd as the 80% favorite to win this fight before the opening bell. After 12 rounds on Saturday night, we have a lot of wrong people.