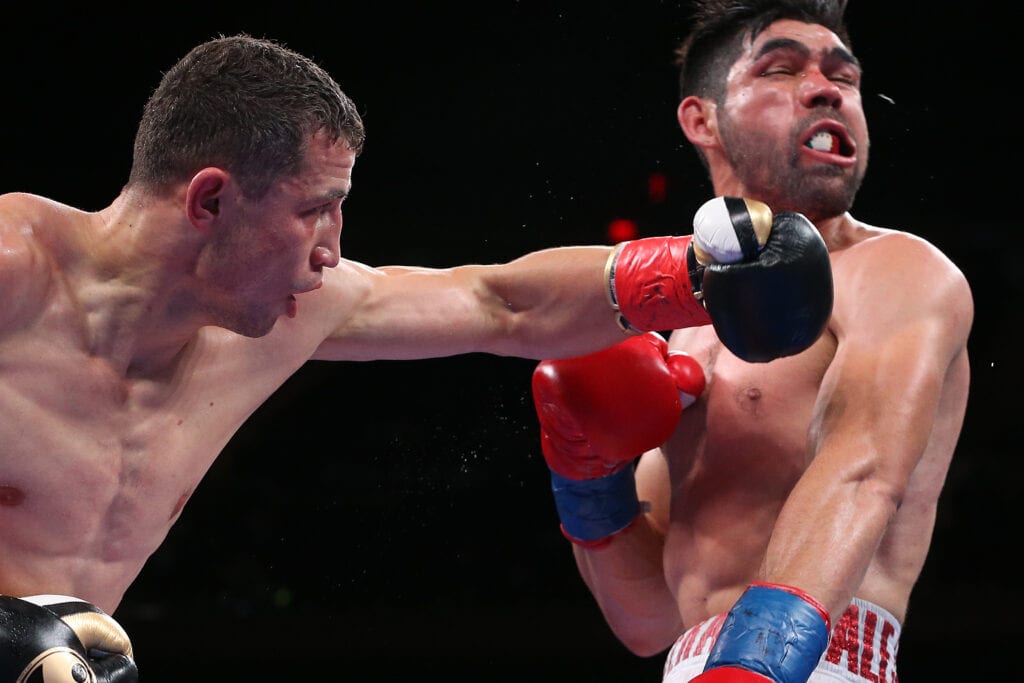 On Saturday night,Israil Madrimov made it four knockout wins in a row when he defended his WBA Inter-Continental Super Welterweight title with a fifth-round stoppage of Alejandro Barerra. Madrimov (4-0 4 KOs) indicated his bad intentions early in the fight, dropping Barerra in the opening round with a booming left hook. His match was apart of the card that saw Gennadiy “GGG” Golovkin defeat Sergiy Derevyanchenko to win the vacant IBF and IBO middleweight titles.

Barrera, who had only been stopped once before by pound-for-pound Welterweight star Errol Spence, provided stiff resistance in his 35th pro outing, but Uzbek star Madrimov put his foot down in the fourth round and sustained barrage of blows in the fifth staggered the Mexican to the ropes and the referee stepped in to stop the contest.

“I knew exactly who I’m fighting, I knew the guy was very tough, and I expected to stop him in the fifth or sixth round. I knew I was going to take some punches to get him tired, and that’s exactly what happened, when I felt there was no power, I knew I could take him out.

“In the first two rounds, the guy was really reckless, really awkward, so it took a couple rounds to find the rhythm because usually I’m the awkward guy, but this time, the guy created a little trouble with the way he punches. But after two rounds, we were good.

“Of course, I know that Spence stopped him and they’re going to compare who stopped him earlier, but he had three months of training camp, so he was prepared as never before. Obviously, I wanted to stop him, it didn’t matter to me when it happened, but he was a tough guy to take out.

“I came to the sport to be a sensation in this sport, so let’s make a sensation with promoters. Whoever takes the fight, I’m ready to fight any champions at 154 in my next fight.”

“This win is for all for you guys who support me, please give me your attention – I won’t disappoint you, every fight will be exciting, I promise you.”