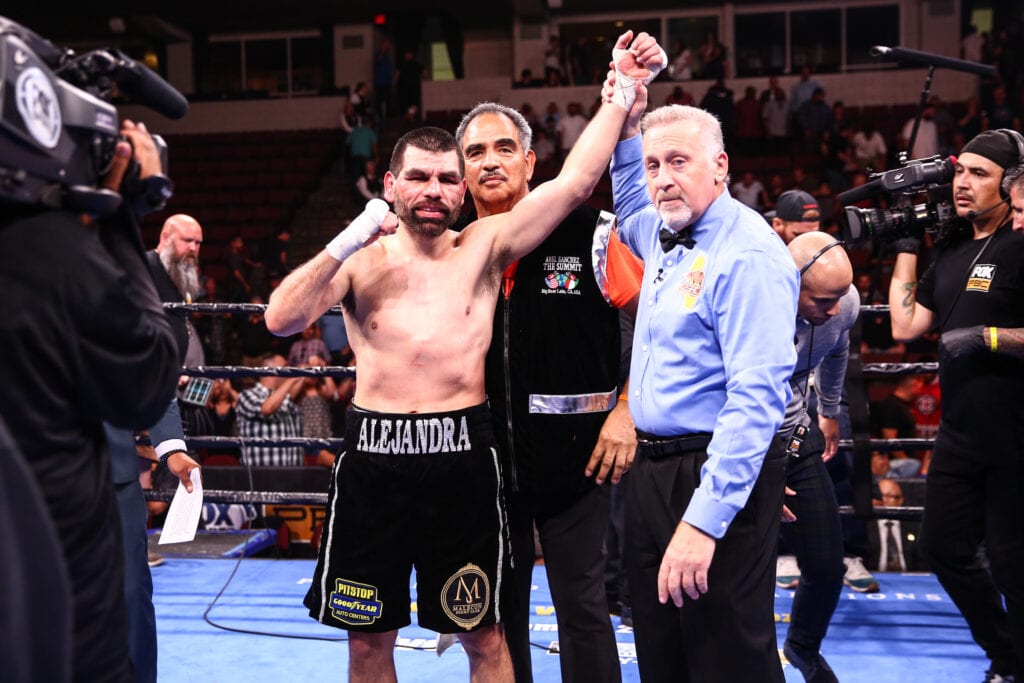 Angulo wins in an upset over Quillin

The Rabobank Arena in Bakersfield, California held a solid night of knockdowns leading to the upset win of the weekend as Alfredo Angulo beat Peter Quillin in a throwback slugfest Saturday night.

The main event of the Premier Boxing Champions card that aired on Fox Sports 1 had Angulo entering a big underdog in the contest didn’t fight like one as this went from a boxing match between two fighters into who can take the most punishment from each other. After ten rounds, that would be Angulo with scores of 96-94 and 97-93 in favor of Angulo and a 96-94 card for Quillin for the split decision victory.

The fight started with Quillin staying on the outside against Angulo, who couldn’t get anything going or get inside. Once Angulo did, however, Quillin and the expression of his face told a different story of the fight. One determining factor was the third round where both Quillin and Angulo started to trade shots on the inside with each other. It was to the advantage of Quillin as Angulo got the better of him on those exchanges.

As the match kept on, both men would continue to exchange shots, including a seventh-round that was an absolute slugfest with back and forth action. In the end, Angulo was the victor.

“This one was for all my fans who stuck with me through the years,” Angulo (26-7, 21KOs) said after the fight to the crowd in attendance.

“Mexican heart is difficult to overcome in the ring,” remarked Angulo. “Maybe the last 5-6 years I wasn’t the same Now next to Abel, it’s back to the old Perro,” Angulo mentioning of Abel is famed trainer Abel Sanchez, who he is working with now out in Big Bear, California.

For Quillin, this defeat is a tough one after finally getting in the ring after a no-contest and an injury shelved original opponent, Caleb Trueax. Quillin mentioned that he would take time to think of his next move and if it will involve boxing in it.

“It’s a good thing my wife has a job, so I’m not the (only) paycheck in the house,” Quillin quipped to Fox Sports’ Ray Flores once the fight wrapped up. “But I’m going to sit down with my team. It’s hard to say in the moment while swallowing what happened.

Quillin was ranked #4 in the IBF Super Middleweight rankings and was slowly creeping his way towards a title shot in challenging current titleholder Caleb Plant. This loss takes that away, and we’ll see where he goes from here.

Petr Petrov stops Bell on ‘Locked and Loaded’
Chris Colbert gives highlight knockout on Beltran
Advertisement
To Top
We use cookies to ensure that we give you the best experience on our website. If you continue to use this site we will assume that you are happy with it.Ok