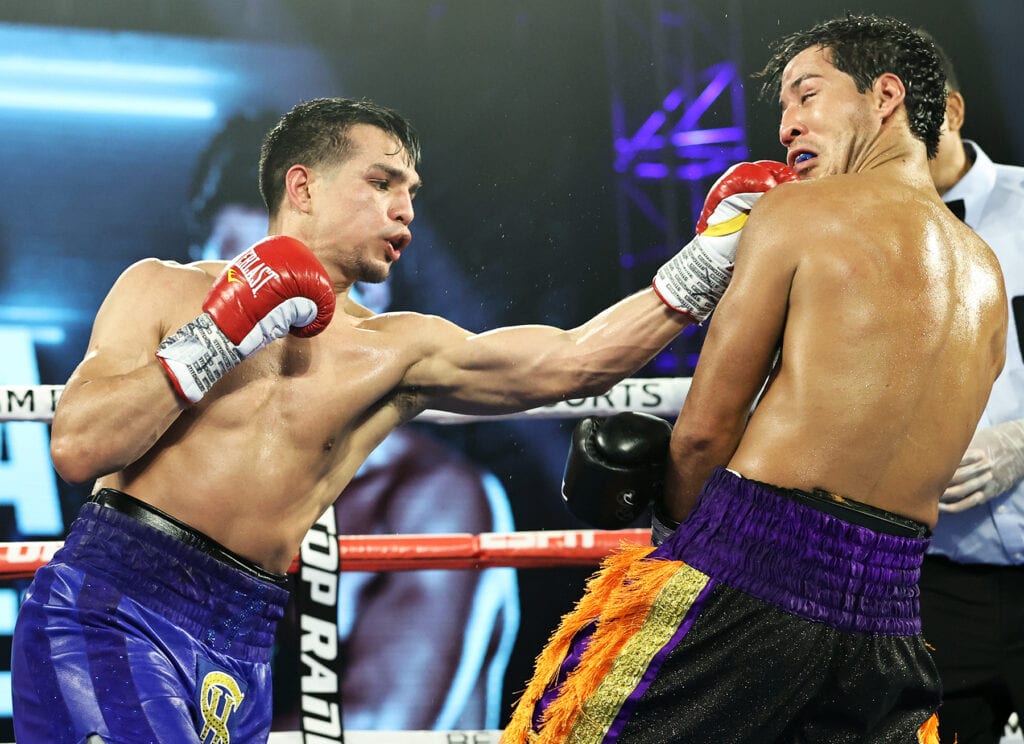 Tuesday’s night main event inside “The Bubble” in Vegas wrapped up with Jose Zepeda (32-2, 25 KOs) taking on Kendo Castaneda (17-2, 8 KOs) and the junior welterweight contest ended with Zepeda cruising to a unanimous decision victory.

The former title challenger Zepeda spent the contest on the offensive and showed throughout the fight, and he was landing combinations at will and ease early on in the contest.

Castaneda took the contest on short notice. So much so, the promotion leading up to the fight didn’t have a mention of the fighter out of San Antonio, Texas, filling in for Ivan Baranchyk. The latter had to withdraw due to injury.

Castaneda was looking forward to the opportunity to make noise on an ESPN card, but was met through the majority of the fight with shots and body blows by Zepeda.

Heading down the home stretch in Vegas 👀

Final rounds of #ZepedaCastaneda are LIVE NOW on ESPN. pic.twitter.com/leiOailnQR

The fight, as many expected, played out like a chess match early on and showed as much in the ring. The broadcast played out as such, and for the Top Rank broadcast crew of Joe Tessitore, Andre Ward and Tim Bradley were critically looking from more from Zepeda.

Their basis for that was that Zepeda was in a title fight with the current unified champion Jose Ramirez back in 2019.

That happened in the latter rounds of the fight, as Castenada keep applying the pressure and throwing beautiful body shots of his own. This change was an adjustment from the first half of the battle, where Zepeda was dictating the pace and landing almost with ease.

The overriding theme you can hear not only from the broadcast, but also in the corner of Zepeda yelling (as there was no crowd in the “bubble”) was that Castenada was not on the level of Zepeda. While this wasn’t the most exciting main event they have put on these Top Rank shows, Zepeda did what he had to do to win, and Castenada was game but just got gunned.