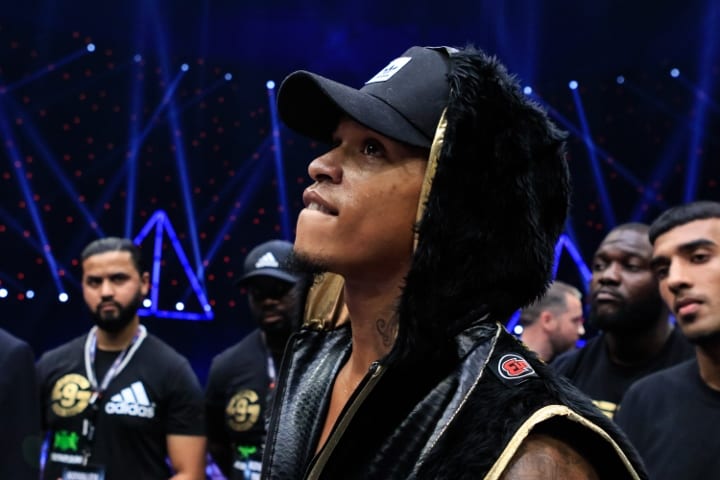 Yarde Withdraws From This Weekend’s Bout Against Atra

Was looking forward to this fight but Anthony Yarde unfortunately been forced to withdraw from his return fight against unbeaten German Emin Atra in London on Saturday.

The 29-year-old is suffering from a tooth abscess, meaning his 10-rounder against the 17-0 Atra is now subject to a short delay. Yarde was last seen in action in a close split decision loss against Lyndon Arthur last December.

“I am frustrated but it is what it is and I won’t rush anything,” said the light heavyweight on his dental treatment. “It just makes me even more eager to get back out

“It should take about two weeks, the tooth is next to my canine so I am going to have to use a denture for a little while before having an implant. I definitely won’t be out for long.

Due to a dental issue, Anthony Yarde’s fight this Saturday with Emin Atra has been postponed.

Anthony said: “I’m frustrated but… it just makes me even more eager to get back out.”

“The dentist lady literally laughed when I told her I had a fight coming up! She said if I got hit there – I joked that I don’t get hit… – because it is nerve endings, it could swell up in a way that is uncontrollable.

“It is one of those things and I have just got to deal with it.”

Promoter Frank Warren said: “It is disappointing for both Anthony and the viewers this time around, but the fight will go ahead on one of our forthcoming shows. However, we’ve got a great show to look forward to on Saturday, topped by the terrific British and Commonwealth middleweight title battle between Denzel Bentley and Felix Cash.

“I think everybody is looking forward to this one, plus we’ve got the return of Callum Johnson in a good fight against the experienced Emil Markic and our big heavyweight prospect David Adeleye back in action and looking to impress.”

Where Is The Energy To Fight Demetrius Andrade?
Harper-Choi Unification Bout In May
Advertisement
To Top