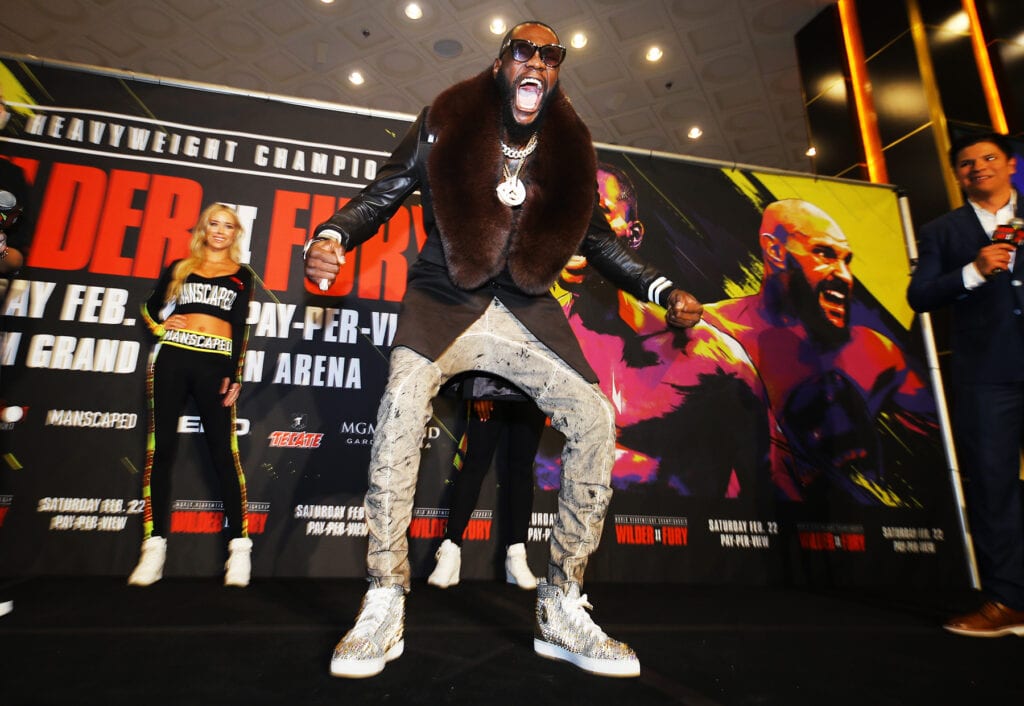 Wilder says no to Bridgerweight

Deontay Wilder , on the latest episode of “The Last Stand with Brian Custer” podcast, said a plethora of things. Still, one thing that may have been fallen by the wayside in that is his latest take on the newly created Bridgerweight division by the World Boxing Council (WBC).

Last week, I laid out that the WBC has a new Bridgerweight class that wasn’t met with the warmest reception by not only me but also pretty much the world of boxing.

Wilder speaking with Custer, gave his thoughts on it and stated that he wasn’t on board.

I understand that people have to make money, and this is a way to create a way for people to make people with these belts, but…as a fighter that’s in it, I don’t understand all these different weight classes and stuff like that,” Wilder told Brian Custer on a recent episode of The Last Stand Podcast.

“If it’s specifically designed for me to be the face of it, you know, I decline.”

The wait is over!🔥
⁦@BronzeBomber⁩ discusses why he believes Tyson Fury cheated, firing his trainer, and his future in the ring https://t.co/L9ATOkVVGz pic.twitter.com/hoH9PaORlL

Wilder (42-1-1, 41 KOs not wanting a slice of the Bridgerweight pie is because he was the long-reigning heavyweight titleholder from 20015 to 2020. The “Bridgerweight” division weight class to be slated in between 200-224 pounds right in Wilder’s wheelhouse, but it is something that he doesn’t see himself as.

“My career is to be a heavyweight and that’s what I got in for and that’s what I’m going to end with. Guys always outweighed me. In my last fight, I was 231, so far as putting on weight, that’s not a difficult part for me,” Wilder stated.

“As for as going down in weight, my power makes up for all of that,” said Wilder. “If they really want me to hurt someone and smash the head into an avocado, then be my guest. I have too much power for a weight class that low. I’m already knocking guys out that weigh 50 pounds heavier than me, 30 pounds heavier than me. I don’t think it would be a good idea to go lower than what I am. I should be exempt for that. But that’s just my opinion.”

So time will tell who will challenge for the new weight class but clearly as Wilder mentioned on the podcast with Custer, his sights are on Tyson Fury for the third at heavyweight, who he feels cheated in the last fight, and everything else. If you haven’t heard it, check it out, and be you’ll either be entertained or puzzled at what Wilder has to say.

Matchroom Boxing Confirms Canelo-Callum Smith December 19th
Benn ready for tough test in Formella
Advertisement
To Top
We use cookies to ensure that we give you the best experience on our website. If you continue to use this site we will assume that you are happy with it.OkPrivacy policy