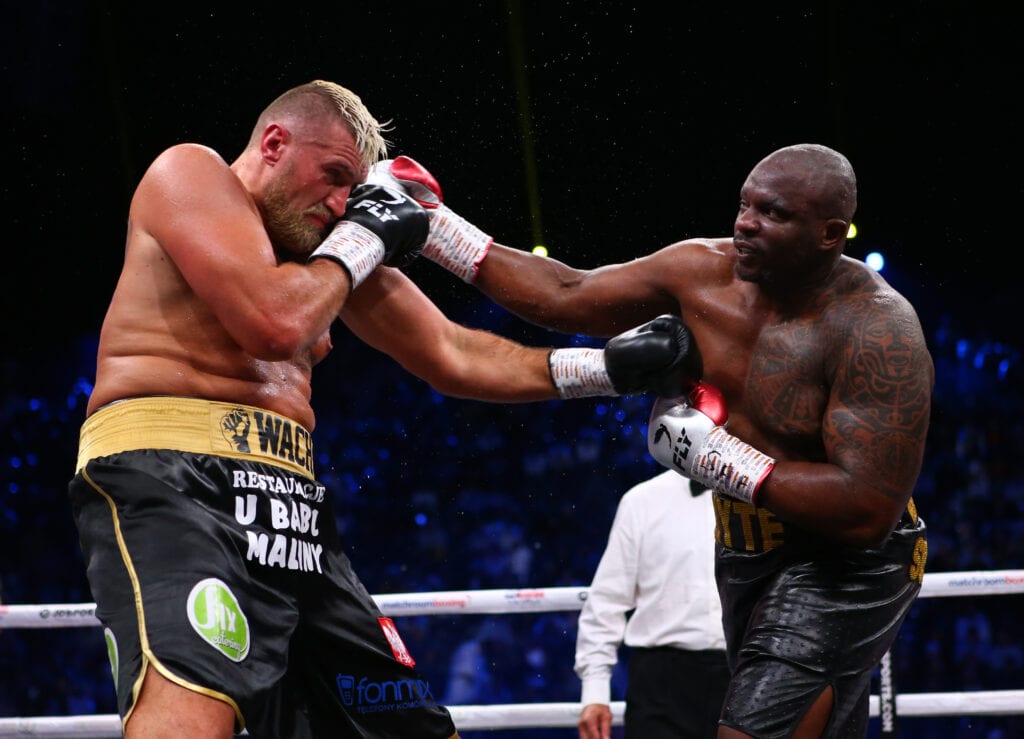 With all the talk of boxing without any fans, when it resumes later this summer, many fighters have different opinions about it. As for British heavyweight contender Dillian Whyte, he said Friday afternoon that he’s got no problem fighting without a crowd.

"It'll tell you a lot about these guys, who's really about fighting" 🥊 @DillianWhyte on boxing behind closed doors 👇https://t.co/d4pxt6aK1W

And when the subject came up about fighting without fans in attendance, Whyte did not hesitate to offer that he’s fought in all types of environments,

Whyte (27-1, 18 KOs) is referring to his first fight with fellow Brit, Derek Chisora, at the Manchester Arena in December of 2016 before a sold out crowd of over 18,000 and wining by split decision. He then fought next against Malcolm Tann in August of 2017 in Lincoln, Nebraska on the undercard of a Terence Crawford World Welterweight title defense.

And, that’s the fight he’s referring to that had almost no one in attendance, because of how early he fought on the show and not being a known fighter in the U.S., etc.

Meanwhile, Matchroom Boxing, White’s promoter, is prepared to have fight cards coming up from the backyard of their massive estate/headquarters in suburban London starting in July. It is believed that Whyte’s fight with Povetkin will come either late in that month or in the first part of August.

The two were to have originally fought in the Manchester Arena on May 2nd before the Covid-19 pandemic postponed all of sports.

Whyte appeared on the show from a gym in Portugal, where he has been training for over a month and a half, while practicing isolation and social distancing. He departed due to the massive infection rates of Coronavirus in England.

He also admitted on the Friday show that he was overweight and out of shape in his last fight last December. That’s when the former WBC top contender put on a lackluster show (photo at top) in his 12 round decision win over Mariusz Wach on the undercard of Anthony Joshua’s rematch win over Andy Ruiz in Saudi Arabia.

Matchroom has yet to finalize all the details on the shows for July, etc. and outline all of the guidelines for testing, etc. that must go along with them for fights (fans or not) to be able to be held.

Clearly, Whyte-Povetkin is the biggest one in the short term that appears to be on track to only have essential personnel attend.

Ali again defeated Henry Cooper in their 1966 rematch
Roy Jones Jr. defeated Bernard Hopkins back in 1993
Advertisement
To Top
We use cookies to ensure that we give you the best experience on our website. If you continue to use this site we will assume that you are happy with it.Ok