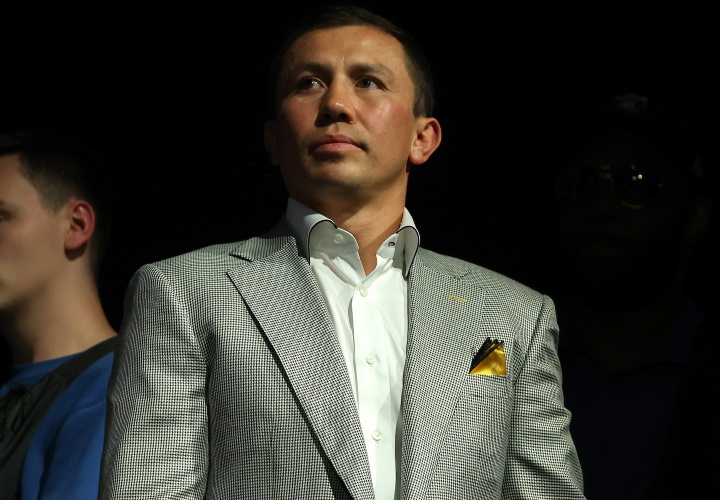 With the mega-trilogy super middleweight title fight between undisputed 168 lb. champ Canelo Alvarez and unified middleweight champ Gennady Golovkin looming for September, the World. Boxing Association made clear Tuesday whom Golovkin has to fight next to keep their 160 lb. title.

In a series of rulings/announcements, the WBA made clear that they want GGG in the ring with their secondary champ, Erislandy Lara within 120 days of after fighting Alvarez,

In giving him their permission to fight Canelo, the organization made clear that the 40 year old Golovkin (42-1-1, 37 KOs) will have five days to decide if he’ll fight Lara.

When last we saw one of the most prominent middleweights of the modern era, he was busy dismantling Ryota Murata in his home country of Japan back in April. GGG broke him down particularly to the body and eventually, stopped the Japanese champ in the 9th round. That unified the WBA 160 lb. crown with Golovkin’s IBF middleweight title.

Alvarez (57-2-2, 39 KOs) turned 32 years old earlier this week and elected to follow through with his contractual game plan to fight GGG in September in what will be one of the top drawing/interest fights of the last 3-4 years in the sport. This, despite Alvarez having moved up to light heavyweight to face titleholder WBA titleholder Dmitry Bivol on May 7 in Las Vegas in an effort to win a belt in the division for a second time. Yet, Bivol scored the upset decision win, which had complicated what the future hall of famer Alvarez would do next.

Now that choice is made. And, the WBA has made theirs known for Golovkin, too.

As for Lara, he’s the WBA’s secondary title holder at 160 lb. who was last in the ring in late May in a KO win over Spike O’Sullivan. The Cuban is 29-3-3 and the WBA says if Golovkin vacates their middleweight belt, they will elevate Lara to “super” champ and have him fight a world title defense in the same time frame.