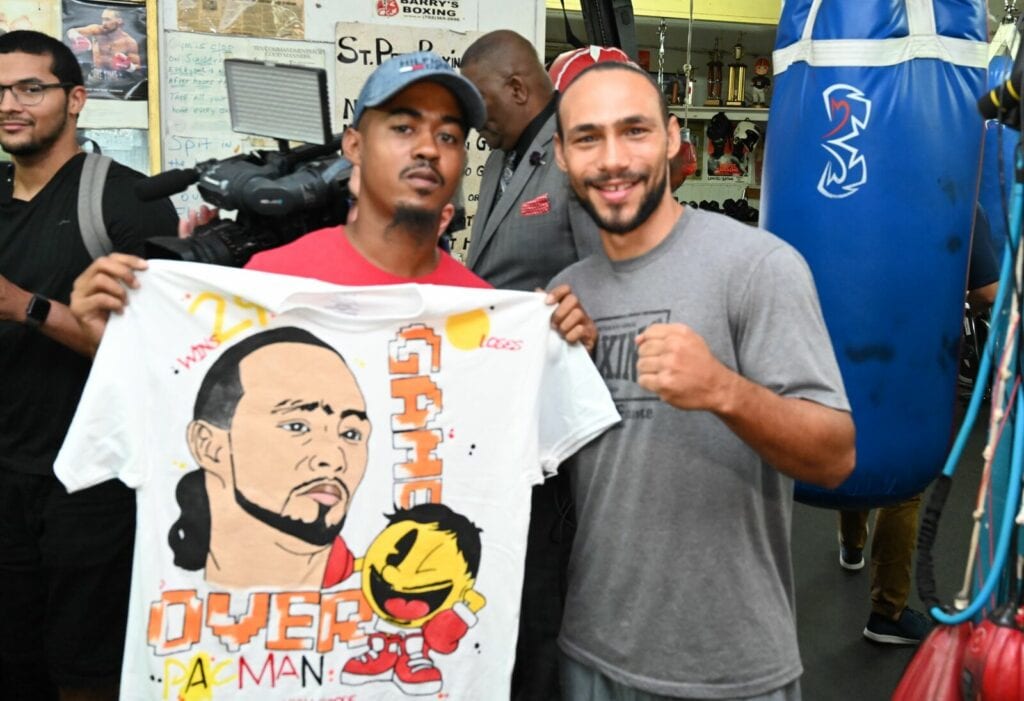 Keith Thurman earlier in the year stated that 2019 was going to his ‘get back’ year in boxing after being out for nearly two years with elbow surgery after his victory over Danny Garcia.

Those plans seem to have been now pushed back a bit.

Over the weekend, Thurman spoke with Yahoo Sports’ Kevin Iole about the recent surgery he had on his hand. Thurman on a special Sunday edition of Inside The PBC to promote the upcoming Errol Spence-Shawn Porter pay–view, explained about the pain he was dealing and how this latest surgery will sideline him until the middle of next year.

“I’ve been through so much, with the elbow surgery the inflammation that was in my hand,” Thurman remarked to Fox Sports host Kate Abdo. “As athletes, we suffer from time to time, but we endure it.”

Former Champ @keithfthurmanjr opens up about a lingering issue he's had throughout the Pacquiao, and Lopez fights, that now sidelines him for 9 months. pic.twitter.com/TtwIAzkjFN

“If I had to put a percentage on it… I’d say at least 50%,” Thurman revealed to how much his lingering injuries have influenced each of his two appearances in 2019.

The two appearances despite the nagging hand injury for Thurman have been powerful performances. Thurman started 2019 by defeating Joseito Lopez in January before losing to Manny Pacquiao by split decision in July.

One is hoping that the surgery Thurman just had on it was a successful one and led to a return into the ring at 100 percent for the Clearwater, Florida native.

“I had to have surgery about two weeks ago. What they’re trying to do is fuse my bones together,” Thurman described to restore him back to full strength. “It’s a surgical process. It’s going to take about six months to heal. I plan to be back in the ring next May, early June. It’s just a lot of pain.”

Dickens- ‘Not knowing the opponent suits me’
Rocky Marciano became Heavyweight Champ with one punch
Advertisement
To Top
We use cookies to ensure that we give you the best experience on our website. If you continue to use this site we will assume that you are happy with it.Ok