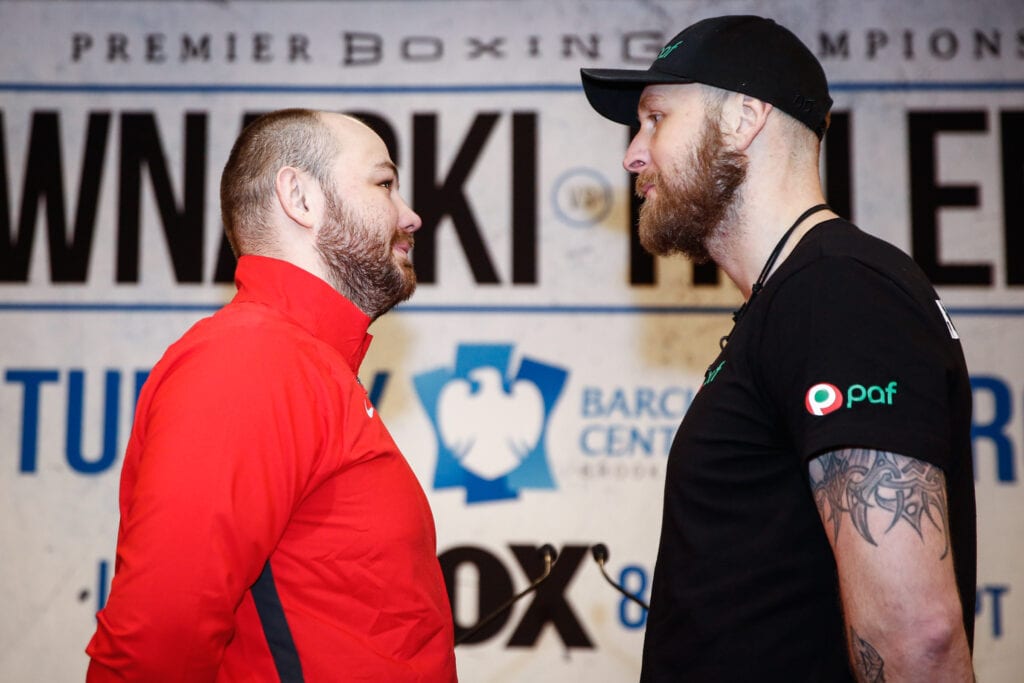 It’s a fun weekend of heavyweights and all of them will be in action at the Barclays Center Saturday night on Fox in Brooklyn, New York. That card is headlined by Undefeated Polish star Adam Kownacki taking on Robert Helenius in what should be a fun one as tell you the three things I’m looking forward to this boxing weekend.

Here our latest podcast where Michael Woods of NYFIGHTS.com and Keith Idec of Boxingscene.com talk about all the action going on this weekend:

How will Mikey Garcia rebound against Jessie Vargas? Garcia adjusted in what was a tale of two fights to defeat Jessie Vargas in a close fight. Many don’t like Garcia at 147 but after this win on Saturday, the chatter about him possibly taking on Manny Pacquiao won’t go away until we hear what Manny does later on this year.

Julio Cesar Martinez in what was my fight of the weekend slugged it out against Jay Harris which he won by unanimous decision. While the scorecards weren’t close for the fight, those watching it live may have found a new fighter to watch in the scrappy Harris who traded bombs with Martinez over twelve rounds.

Keith Hunter took on Sanjarbek Rakhmanov in what I thought would be a close fight as their first one. I was wrong and this became one-way traffic as Hunter used his reach and distance to out box Rakhmanov to win by unanimous decision.

Here are the three things I’m looking forward to this weekend. 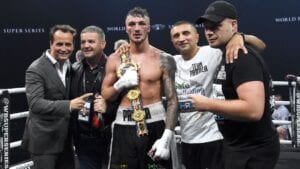 Last week’s Matchroom Boxing card in Frisco, Texas was stacked up and down. This weekend’s card out in the Manchester Arena has Pavel Sour battling Hughie Fury on it. Needless to say, it’s not as strong but this contest should be. Parker and Murdock who are ranked No. 1 and 2 in the WBO at Super Middleweight have the possibility of setting themselves for a title shot after this bout. That possibility being in line for the winner of the upcoming Canelo Alvarez versus Billy Joe Saunders bout. 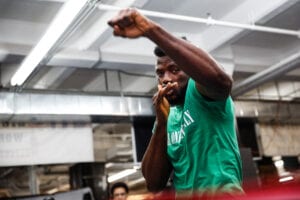 Ajagba is in the co-main event against Razvan Cojanu in what I feel should be a highlight of the card Saturday night. Ajagba is looking to improve in the ring after his last fight against Iago Kiladze which stole the show in December on the Jermell Charlo-Tony Harrison card. Cojanu will be that measuring stick similar to Kiladze as when he has been in against top heavyweights has been on the losing end. 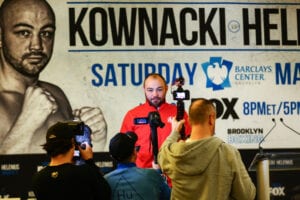 By all accounts, Kownacki is the heavy favorite against Helenius who was last seen stopped by Gerald Washington last time out. Helenius has stated that in that fight he was battling the flu and should be in better condition this time around. That may be the case but I don’t think it will be enough to beat Kownacki and I think this will be over early.