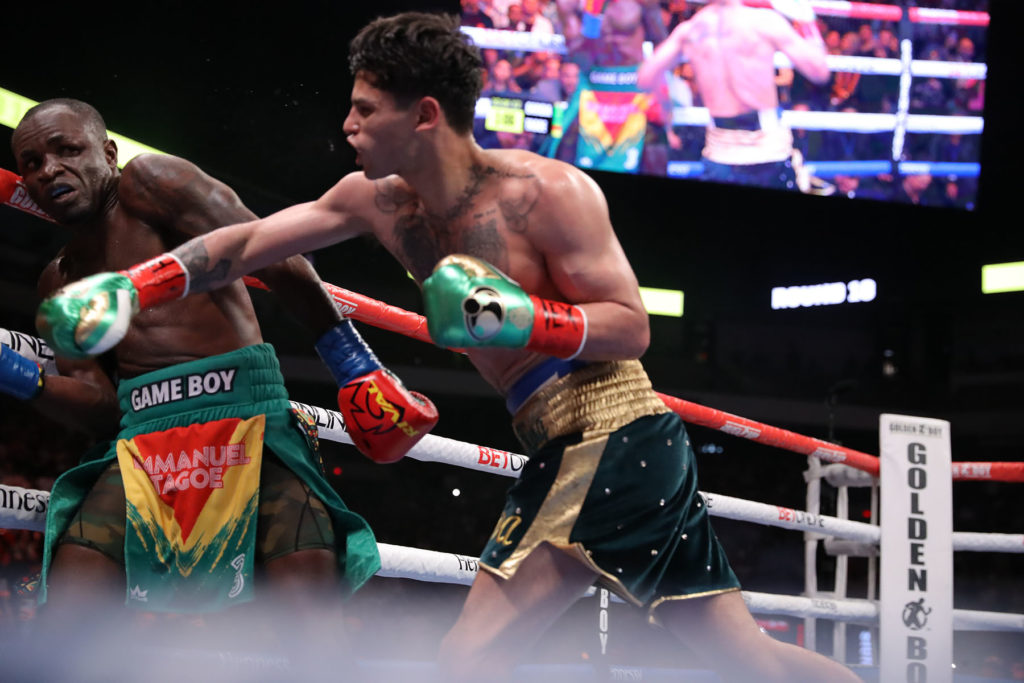 Off the weekend, we have a brand new recap podcast out with our insider Dan Rafael!

What did Dan think of Gennady Golovkin’s TKO Unified Middleweight title win early Saturday in Japan over Ryota Murata? And, now that Triple G cleared that hurdle, what are his prospects in a third bout with Canelo Alvarez?

Next, the guys discuss the Ryan Garcia Lightweight win in San Antonio over Ghanan Emmanuel Tagoe over 12 rounds. How did Ryan look to Dan and how much was influenced/taken away from his chances to score an impressive KO, etc. by the fact that Tagoe was really fighting but more in survival mode?

Also, Dan was in communication with Ryan Garcia after the bout on Sunday. What else did he reveal about winning in his return to the ring for the first time in 15 months?

Hear the comments and analysis from Dan by clicking below,

Finally, the fight of the week, at least in terms of action, was the Sebastian Fundora-Erickson Lubin Jr. Middleweight brawl in Las Vegas Saturday night. That fight saw both fighters down and eventually Fundora stopping Lubin in the Jr. Middleweight contest after 9 rounds.

What did Dan think of the performance by the unbeaten Fundora and did Lubin’s veteran trainer do the right thing by him by going ahead and stopping the bout due to his facial swelling, etc.? Dan gives insight on that aspect and his thoughts on Fundora’s fighting style at a massive 6’6″ height for a Jr. Middleweight.

Will Fundora now be looking towards a title shot, perhaps against the winner of Jermell Charlo vs. Brian Castano for the Undisputed 154 lb. title coming next month?

Hear it all on the “Fight Freaks Unite Recap” as part of the Big Fight Weekend Podcast network and make sure to follow/subscribe to us on Apple Podcasts, Spotify, Google, etc.