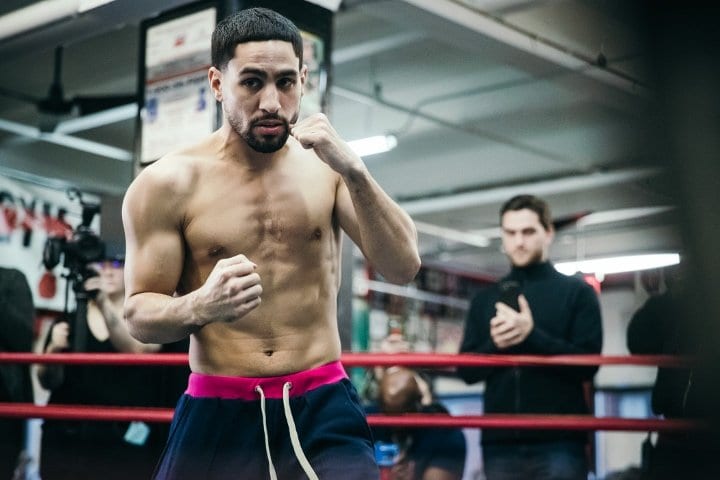 The plan for Garcia against Spence? Avoid judges

On December 5, Danny Garcia is getting a title shot against Errol Spence Jr. in a much-anticipated contest on Fox pay-per-view for Spence’s IBF and WBC welterweight titles.  One thing that was made pretty clear speaking with the media on Tuesday was not to leave in the judge’s hands.

“This time around, we’re not going to leave it in the judges’ hands. We chose to fight him in Dallas. Danny made that call. At the end of the day, Danny has to go in there and do his thing,” Garcia’s trainer and father Angel Garcia said to the media on the Zoom conference Tuesday.

"This time around we're not going to put it in the judges hands" – Angel Garcia on today's #SpenceGarcia zoom call.

Why the talk of the judges? In boxing, it’s a no-brainer and the world’s worst secret that judges have been prone to be terrible and, in the case of Garcia, cost him the WBC title he was holding in 2017 against Keith Thurman by split decision.

Danny Garcia himself said on the call at the end of the day. It’s all on him to win the fight and pans to do as much against Spence.

The fight is a long time coming as it was delayed due to Spence’s car accident last year and the pandemic. Garcia going into this fight as of this writing, is neat a 3 to 1 underdog to win. For him, this is nothing new.

“I’ve been an underdog my whole career. I’m used to playing that role. I have to go in there and be myself. I have to believe in myself 100% and fight round by round. I’m going to show what a true champion is made of.

One way Garcia can definitely pull off the upset is to avoid it being in the hands of three judges appointed by the Texas State Athletic Comission in December.

Canelo-Caleb Plant Delayed Or Off Altogether?
Crawford on Brook- ‘Never on my radar’
Advertisement
To Top
We use cookies to ensure that we give you the best experience on our website. If you continue to use this site we will assume that you are happy with it.OkPrivacy policy