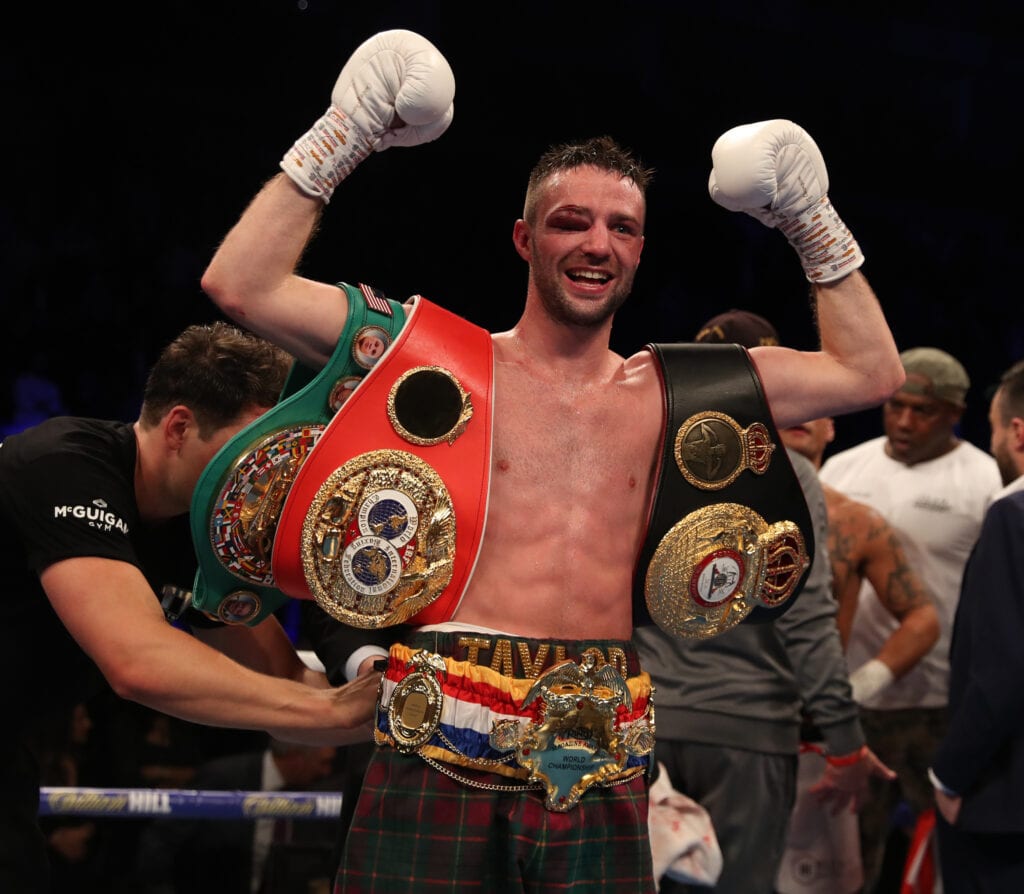 Taylor to face Khongsong in September

WBA/IBF junior welterweight world champion, Josh Taylor, will make his return to the ring from BT Sport Studio in London against IBF No. 1 contender, Apinun Khongsong ,on Saturday, Sept. 26, live on ESPN+ in the United States and BT Sport in the UK. This will be Taylor’s first fight since signing with MTK Global and Top Rank earlier this year.

Promoted by Frank Warren’s Queensberry Promotions and Top Rank, “The Tartan Tornado” will make his first appearance in the ring since his triumph in the World Boxing Super Series in London, where he defeated the previously unbeaten Regis Prograis to add the American’s WBA title to his own IBF version, while also claiming the WBSS trophy and the coveted Ring Magazine belt.

Taylor (16-0, 12 KOs) became world champion during the series when he defeated the then-unbeaten Ivan Baranchyk via unanimous decision in Glasgow, Scotland.

Taylor said, “I’m excited to be back in the ring after a long layoff. The coronavirus had put everything on hold for a few months, so it’s been nice to be in the gym again and back to some normality.

“I didn’t want a warm-up fight, so getting straight back in there against my mandatory challenger is great, as it’s kept me fully focused. I want big fights in my career, so this is an important fight with my belts on the line.

“Training has been going well and I’m feeling fit and strong. I’ve watched a fair bit of my opponent and I’ve seen his strengths and weaknesses, and I’m very confident going into this fight. I can’t wait.”

“Josh Taylor is on a collision course to a fight for the undisputed title, but he must first get past a very tough Thai fighter in Khongsong,” said Top Rank chairman Bob Arum. “We are delighted that Josh’s talents will be shown live to ESPN+ and BT Sport viewers, and I expect a spectacular performance come Sept. 26.”

Jamie Conlan, VP of MTK Global, Taylor’s management company, said, “I am delighted to see the best fighter in the 140-pound division back in action. Josh has used the pandemic to his own advantage, using the layoff to spend more time with his new coach, Ben Davison, and building a relationship together.

“Khongsong provides a real tough test as he’s the mandatory for a reason, undefeated and a big puncher. Josh really needs to be on his game to keep the big fight with Jose Ramirez in the pipeline.”