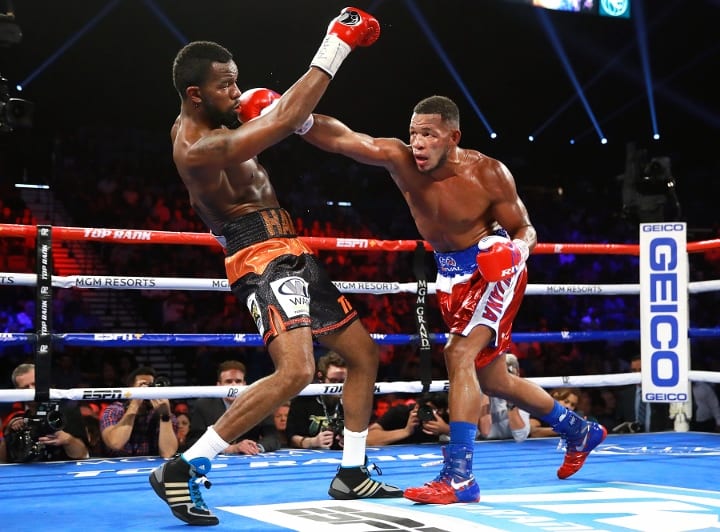 To say Light Heavyweight contender Sullivan Barrera had a very frustrating 2020 campaign would be an understatement.

He spent most of the year training for a showdown against Sergey Kovalev that failed to materialize because of the coronavirus pandemic and other factors. With Kovalev having since failed a test for PEDs, that fight won’t be a possibility anytime soon.

The promotional free agent is really baffled that he hasn’t been able to make a meaningful fight in the division.

“I wasted a lot of time and energy for the Kovalev fight. I just want to fight and I have called out all of the champions, contenders and top prospects and no one wants to fight me,” Barrera explained.

Barrera has never had any issues making weight and has decided that the best way to make a meaningful fight is to drop down to the super middleweight division. He wants to make it clear he is available for any top contender or prospect at 168 pounds.

“I am going to move down in weight. It won’t be a problem for me. I am a free agent so making a deal is easy. David Benavidez, Caleb Plant, Billy Joe Saunders, Callum Smith, and even young fighters like Edgar Berlanga are all on my radar. I would fight any of them. They say I am old and washed up so I should be easy for them,” said Barrera.

The former Cuban amateur standout has continued to train and is ready to fight right now. There are several interesting options in the super middleweight division. Barrera just needs one to accept his challenge.

“I think I have a good resume. I have fought several top fighters. My win over Joe Smith looks better all the time. If I am so easy then these guys should accept my challenge. Who wants to meet me in the ring?” Barrera stated.