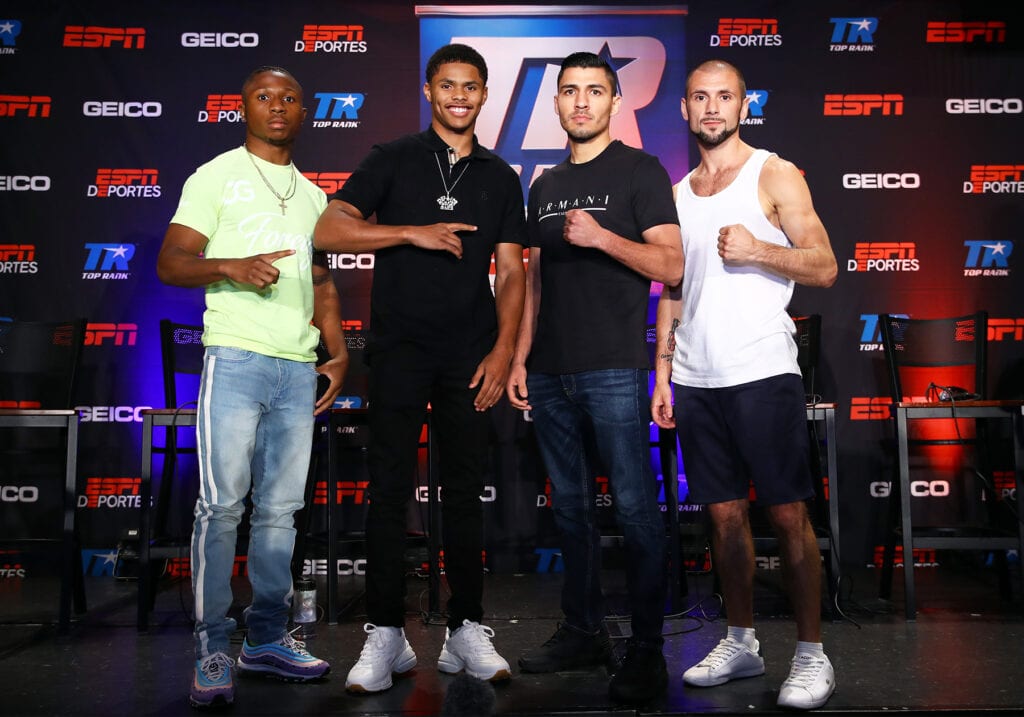 It was a press conference befitting a Newark King. Mayor Ras Baraka was on hand, as well as a large contingent of media from Northern New Jersey and New York.

Shakur Stevenson, Newark’s favorite son and a 2016 U.S. Olympic silver medalist, is ready for his homecoming.

In front of a packed Newark house, this is what the fighters had to say to the media: 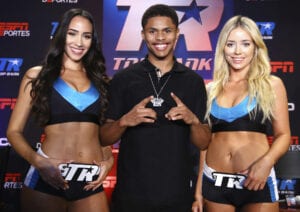 “I’m not overlooking him. Honestly, I’m not going to let you {Top Rank’s Crystina Poncher} put no pressure on me either [smiles}. I feel like I’m going to go in there, box my fight and have fun. I’m going to let everything take care of itself.” 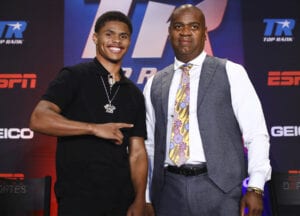 “We are extremely proud of Shakur Stevenson here in the city of Newark. I got an opportunity to see him with the young people yesterday. That was an incredible, incredible scene. You should’ve been there. The young people love him in this city. The city loves him. The kind of discipline, commitment to his craft – all of those things are amazing. Not just for him growing up from the city of Newark, but all of these young people get an opportunity to see what it takes to be a professional, what it takes to be a champion, to stand out and do the things that he’s doing.” 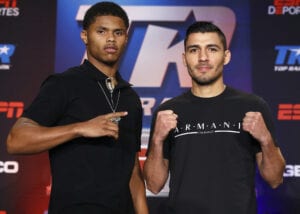 “I know Shakur is a tough fighter, but I want to prove that I can do more in boxing. All of my experience will show on Saturday night.”

“I have a lot of experience as an amateur and a pro. My experience will be important in this fight.” 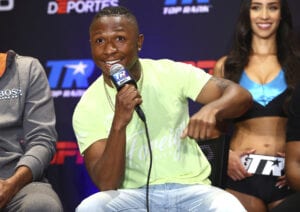 “This means everything to me. You asked {Nikolai} a way to beat me. The only way to beat me is to kill me because I’m not giving him nothing.”

“I work hard. I leave no stone unturned. Me and my coach work hard day in, day out. I make the sacrifices.”

“I’m dedicating this fight – my whole career, basically – to Ed Brown, who was 20-0 with 16 knockouts. He got killed in Chicago {in 2016}, and I know that we got Ed Browns everywhere, even in Newark, so I’m just bringing awareness to the situation.”

“Shakur is like a brother to me. He calls me his brother. If I call you my brother, I mean that. Him, his family, his grandfather, the way that they’ve been to me since I’ve been out here, his people, Newark. I mean, they treat me like a king out here. I wouldn’t have it no other way if Shakur was to come to Chicago.” 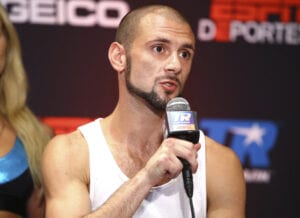 “I’ve been wanting this fight. I’ve been looking at this fight and watching {Greer’s fights}. I feel great. Everything with the weight cut has gone well, so I can’t wait to get started on Saturday night. That’s it. I’m excited.”

“I’m happy that Joshua has been following my career and that he wants to knock me out. We’ll see on Saturday night how he’s going to do it.”

“I don’t want to predict too much. He’s a very tough fighter, so there will be a lot of punches, a lot of movement. It’s going to be a very interesting fight to watch.” 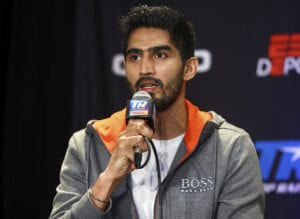 “I’m focused on my boxing career and my craft. I want to fight two more times this year, keep busy and work towards a world title opportunity.”

“There are a lot of Indian people in this area, and I know they will come out to support me. It’s been a long time out of the ring for me, and I am ready.” 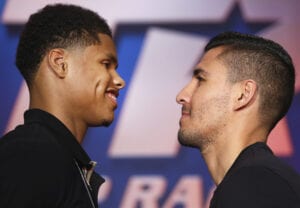 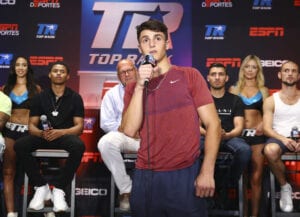 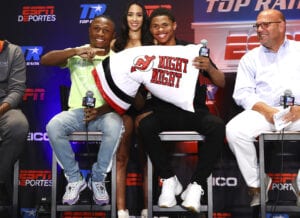