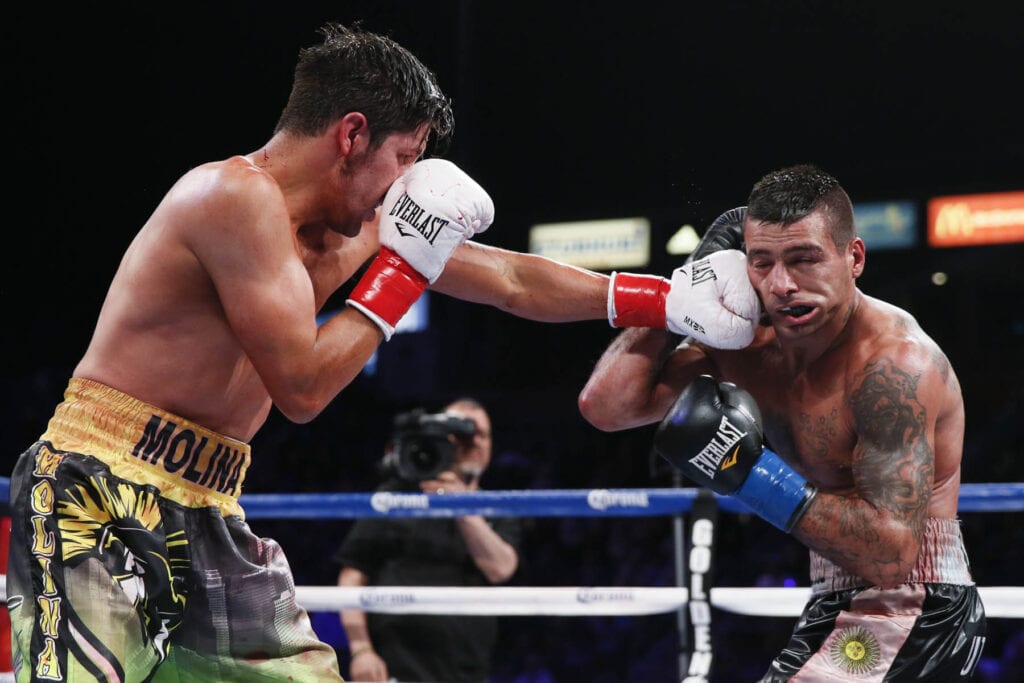 The April slate of SHOWTIME BOXING CLASSICS will be highlighted by three Fight of the Year winners, which include some of the most heart-pounding and unforgettable fights in boxing history.

During each SHOWTIME BOXING CLASSICS telecast, Luke Thomas and Brian Campbell, the network’s versatile combat sports analysts, will host a live companion episode of their digital talk show MORNING KOMBAT on the Morning Kombat YouTube Channel. Thomas and Campbell will watch the SHOWTIME replay and react to the fights in real time, feature special guest interviews with principal participants from the bouts (fighters, trainers, referees and promoters) and take questions from fans while the bouts replay on the network.

“The greatest fight I’ve ever covered,” said Al Bernstein, the International Boxing Hall of Fame analyst. In a career that spans more than 40 years, including calling Hagler-Hearns, Bowe-Holyfield I and the Vazquez-Marquez trilogy, Bernstein says the first Corrales-Castillo war was the best. “This was Hagler-Hearns times three because it lasted so much longer. It was fought at a such an extraordinary skill level and to me that is what made it so special.”

ESPN2 to air block of heavyweight bouts
Lomachenko on Lopez- “He Holds my belt”
Advertisement
To Top
We use cookies to ensure that we give you the best experience on our website. If you continue to use this site we will assume that you are happy with it.Ok