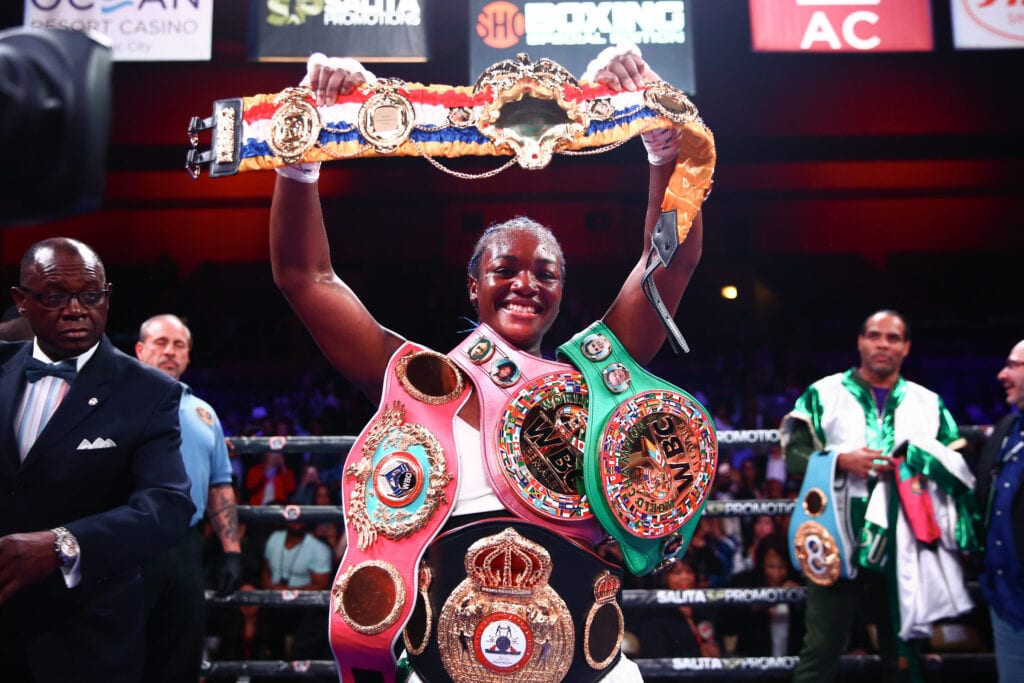 Shields explains her preparation for Habazin

“I really have just one main resolution for the new year – no compromising,” said Shields. “That goes for both my personal and professional life. I also want to get closer to God and stay undefeated. I was going to say stop cursing also, but that’s just not happening.”

Shields vs. Habazin will open up the 2020 year of big boxing events, with Shields seeking to become the fastest fighter in boxing history, male or female, to become a three-division world champion.

“I’m very happy to kick off 2020,” said Shields. “Gervonta Davis ended 2019 on SHOWTIME and then the GWOAT brings in the New Year for SHOWTIME in 2020. It’s going to be a great start to the year. I’m coming in with a bang and gunning for the knockout.

“I’m super excited to have Jaron Ennis on the undercard, too. To me, he’s the next Roy Jones Jr. of boxing. He’s slick, he has power, he can box and he’s an all-around dedicated athlete. I look forward to sharing the card with him as a future world champion.”

Shields has trained in Miami with her head coach John David Jackson ahead of her 154-pound debut and has been able to maintain her focus and worked to stay sharp despite the fight’s two postponements.

“I made 154 pounds back in October before the cancellation,” said Shields. “After our fight was cancelled, I stayed active and only put on about 10 pounds. I’ve been down in Florida for the last six or seven weeks. It’s been hard work. I’ve pushed myself and I’m not taking Habazin lightly. I want the knockout because Ivana talks too much. I’m staying focused on being focused, and not letting anyone throw me off by talking nonsense.

“I don’t eat meat anymore. I haven’t in over three months, so my body is more toned now. I actually have a six-pack already with just a little more weight to lose. I think people are going to be surprised at the 154-pound version of me. I’m going to be very strong and very fast because I’ve basically had five months to prepare and to get ready for her specifically.”

Despite training camp taking her through the many holiday events that are gluttonously celebrated by the masses, Shields has stayed disciplined ahead of her opportunity to make more history.

“Balancing around the holidays is something I’ve been doing for years,” said Shields. “I saved a lot of money by not going home for Christmas, that’s for sure. But I still spoke with all my family and connected with everyone. I have a very strict diet in camp and I actually trained on Christmas. I consider my diet more of a life plan in general, and I have my days where I’ll splurge, but I stay disciplined.”

Ahead of next week’s event in Atlantic City, Shields plans to unleash and make another statement on her way to another championship-winning performance.