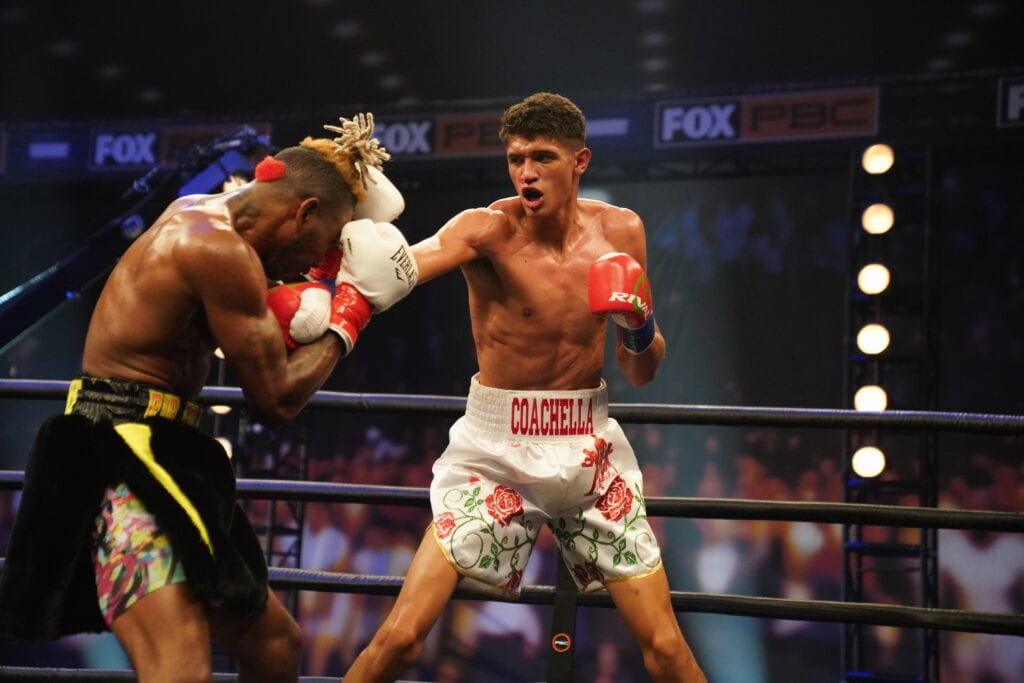 Coming up Saturday night, one of the curious, yet hard-punching and entertaining fighting prospects is back in the ring, as Sebastian “Towering Inferno” Fundora headlines for Premier Boxing Champions and Showtime Boxing in Las Vegas. And, the young, 6’6” Jr. Middleweight has made clear that he expects to bring fireworks to the ring against veteran Erickson Lubin

It feels great to be in this position, but it’s part of the plan,” said Fundora. “We’re just going through with it. I’ve got racehorse vision and I’m making sure that I’ll get the job done. Being in this fight shows that I’m maturing. I first fought with PBC when I was 19-years-old and I’m a much different fighter since then,” Fundora said from his training camp Monday.

We know Lubin is a southpaw and that he’s ranked number one by the WBC. He’s a good fighter overall. I expect him to come in and box, but I’m really just focused on doing what I do best.”

And, Fundora, who has 12 KOs with his 18-0-1 record, promised to live up to his nickname and deliver heat when he steps into the ring on April 9.

“Fans can expect me to bring action against Erickson Lubin,” said Fundora. “’The Towering Inferno’ is bringing the fire on fight night.”

Fundora won an impressive 12 round decision over veteran Sergio Garcia in December, which has put him in this position to headline for PBC Saturday night.

As for “the Hammer” Lubin, he’s the most formidable opponent for Fundora to date. And, Lubin is on a six fight win streak that came after his shocking first round KO loss against Jermell Charlo in October 2017. That includes his TKO victory over former 154 lb. world champ Jeison Rosario last June and also a decision win over veteran Terrell Gausha in the bout before that.

Still, Fundora’s size and punching power despite his lanky build at 154 lb., is the real intrigue in this one. And, come Saturday night at the Virgin Hotel on the Vegas strip, we will see if his spectacular punches return.