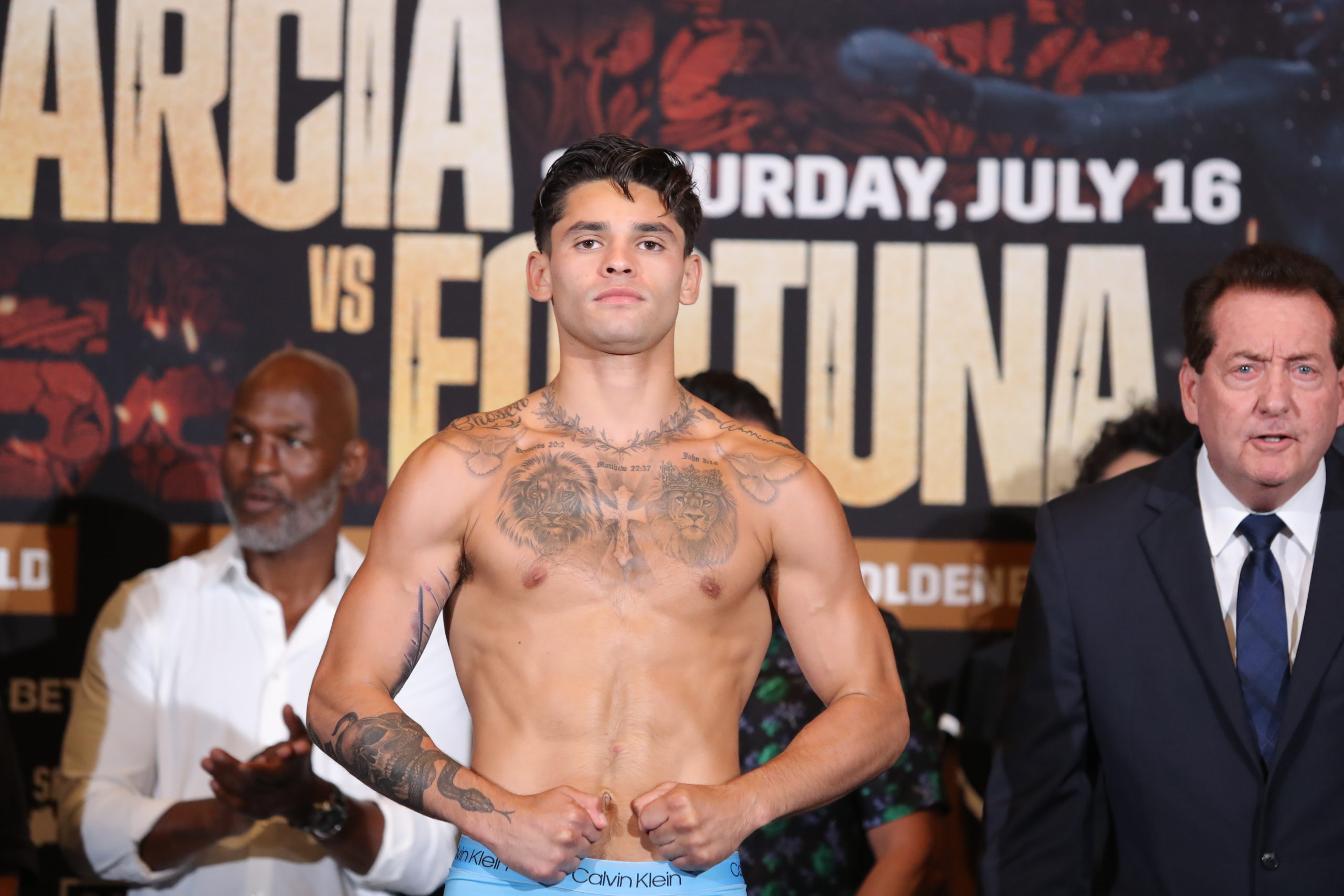 It’s taken over a year to get this fight in the ring, but DAZN and Golden Boy Promotions finally have unbeaten lightweight star Ryan Garcia facing veteran Javier Fortuna.

Garcia is social media sensation, who has a wicked left hand, and a 22-0, 18 KOs record . But, he’ll be tested against an experienced veteran in Fortuna who’s 37-3-1 in the Golden Boy main event at the Crypto.com Arena in Los Angeles, CA.

Main Event action is ready to go!! It’s the battle in Los Angeles at the world famous @Cryptocomarena, don't miss it tomorrow!

This fight was supposed to take place in May of 2021, but Garcia had to pull out of the fight for undisclosed mental health reasons. It turns out that cost him more than the fight against Fortuna, as WBC lightweight champ Devin Haney went on to fight others instead of “King Ryan” and is now the undisputed 135 lb. title holder.

Just a few weeks ago, the odds boards showed the popular contender as a massive favorite and that has held with Ryan Garcia siting still at -1250 at BetOnline, meanwhile Fortuna is now at +750 headed into Saturday night’s scheduled 12 rounder. And, Garcia is also significantly favored to get his 19th KO with a line of -225 for the KO or stoppage at any point in this one.

Hear us previewing Garcia-Fortuna in depth, as Dan Rafael joined me on the “Big Fight Fight Weekend Preview” and you can hear more by clicking below,

Garcia’s highest-profile win was his January 2nd, 2021, wipeout of England’s Luke Campbell in the Alamodome in San Antonio, Texas,  And, we didn’t see him back until his April 9th fight against Emmanuel Tagoe, where he was impressive even though he didn’t get the KO.

Fortuna is 4-1 recently with his most recent fight was on February 22nd of this year. That’s when he dropped Rafael Hernandez to the canvas in 2:49 of the first round. However, his fight before that was was a unanimous decision loss to Joseph “Jo Jo” Diaz, who had taken Garcia’s place in July 2021.

Clearly, it’s another big moment for Fortuna in this bout against  Garcia. He has a ton of experience, and even though he is just on the wrong side of his prime fighting days, he should provide a challenge for the 23-year-old rising star.

Should is the key word. And, maybe Garcia will eliminate that word and Fortuna, quickly Saturday night.