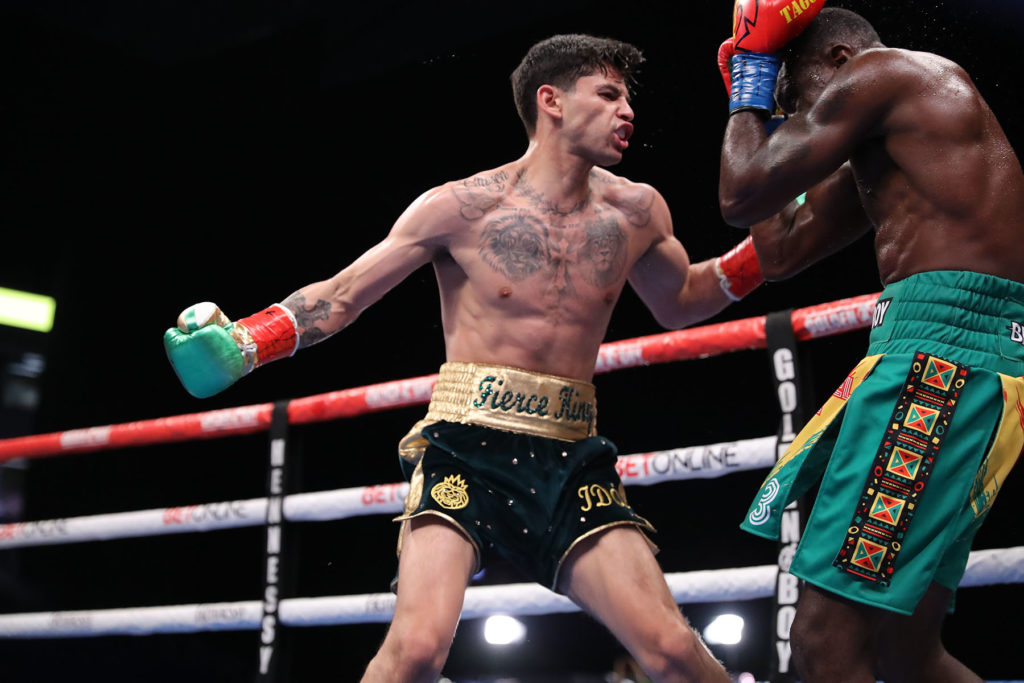 Before their most recent fights there had been much discussion about a possible match between lightweight contenders Ryan Garcia and Isaac “Pitbull” Cruz. It did not come to pass for a variety of reasons and each man went on to defeat other opponents one week apart in April.

But, now the fight has a much better chance of happening, because the WBC on Tuesday sent both camps a letter ordering them to begin negotiating a world title final elimination fight. If Garcia promoter Golden Boy and Cruz’s team at Mayweather Promotions cannot make a deal the WBC said there will be a purse bid on June 14.

The purse split would be 50-50 and the WBC said the winner would be the organization’s next 135-pound mandatory challenger, putting the winner in line for a shot against the winner of the unification fight for the undisputed title between three-belt champion George Kambosos Jr. and WBC titlist Devin Haney.

Garcia was ecstatic that the WBC ordered a fight he has wanted.

“Super pumped up because this has everything I want in a fight – hype, it has people believing that this guy can somewhat beat me and it’s what the fans think,” Garcia told Big Fight Weekend. “To me it’s just super exciting. He can’t go anywhere and try to get away from this fight. I’m not saying he would, but I’m saying this makes it even a better chance that it goes down and I’m gonna try to bring this to (Los Angeles) and just turn the whole city up. It’s gonna be massive. This is gonna be a massive fight. You could already feel it. I’m just so excited right now.”

Hear the full conversation with Ryan Garcia on our “Fight Freaks Unite Podcast” by clicking here:

Garcia (22-0, 18 KOs), 23, of Victorville, California, returned from a 15-month layoff caused by mental health issues and hand surgery on April 9. When the fight was being planned, he forcefully called out Cruz (23-2-1, 16 KOs), 23, of Mexico, but the talks went nowhere and he wound up dropping and winning a near-shutout decision over Emmanuel Tagoe at the Alamodome in San Antonio in a DAZN main event.

Golden Boy and Mayweather Promotions rarely do business with each other, so Garcia’s thought is the fight will go to a purse bid.

“Hopefully, we can speed that process up. Let’s skip all that and get to the purse bid,” Garcia said. “I know that’s what my team’s gonna want to do, so we’ll see. Let’s just skip everything and get to the business. I really want this fight to go down July 16 at the Staples Center (now Crypto.com Arena). Staples Center is open, so the faster we get this worked out the better chance we have to make a huge event in the city of L.A. So, that’s why I would want this to get done as quick as possible.”

Mayweather Promotions CEO Leonard Ellerbe did not respond to a request for his thoughts on the WBC’s order.

As for the fight itself, Garcia broke it down.

“One thing we do know is Cruz comes forward and I’m longer and have a longer reach and I’m gonna use my advantages and there’s nothing he can do about that,” Garcia said. “That’s just fact. It’s physics. He’s gonna have to come in. He can’t outbox me. It’s not his style, so I expect him to do what ‘Pitbull’ Cruz does, which is attack. And then it’s my job to find openings and catch him coming in. I know there’s a high chance I knock him out and it’s gonna make for a great fight and he’s not going to go anywhere like my last opponent.

“He’s gonna try to win and that’s what I want – somebody who’s going to try to win and give me a great match. Very confident I’ll beat him. I’m not gonna take him lightly and I understand that he will come to fight, and I’m excited. They called my last the fight ‘The Return.’ To me this is really my return. They should have called the last fight ‘The Tune-up.’”