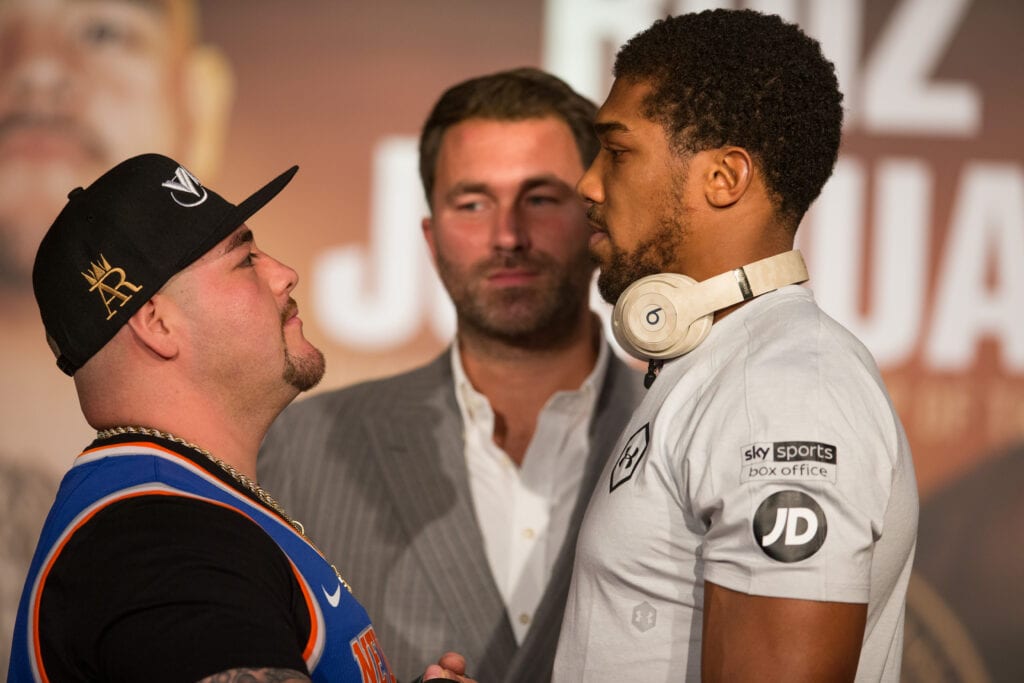 Much has been made about the shapes that Andy Ruiz Jr. and Anthony Joshua would be in for their rematch this Saturday in Saudi Arabia. in the end however, the current WBO,WBA and IBF heavyweight champion Ruiz feels that it won’t make much of a difference once the bells rings.

Ruiz speaking with Sky Sports,  mentioned as much as well as his own weight come fight time which will be seen live in the US on the streaming service DAZN and on Sky Sports PPV in the United Kingdom.

“I don’t think it’ll matter, I’ll weigh the same I did on June 1,” Ruiz said to Sky Sports.

Hear our conversation with Sergio Mora, who will be calling the fight for DAZN with our latest podcast here. Mora talks about how both fighters looked at the fighter meetings when they spoke to them.

Ruiz also hinted at some of what he was working on in preparation for the title defense against Joshua.

Heading into the rematch, one thing that Ruiz didn’t want to do anything different that led to him winning in the first place back on June 1st back in Madison Square Garden.. It’s fun to note that at the final press conference Wednesday, Ruiz was sitting sporting the jersey of the New York Knicks, the basketball team that plays throughout the season at the same place Ruiz won the belts.

“I didn’t want to do anything different. We just trained harder and focused more in the gym on the speed and the technicals, and of course the pressure,” Ruiz said.”

“I don’t want to show too much of what we’re working on, it’ll all come out on December 7.”

We’ll have to see in the ring the new wrinkles Ruiz will have for Joshua in this one.