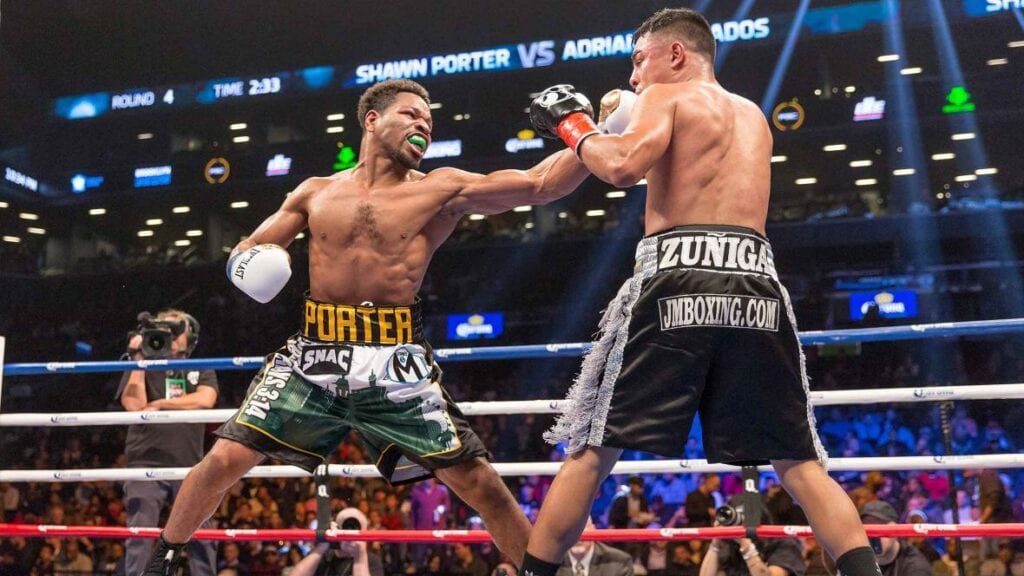 Premier Boxing Champions continues to unveil their fights for the second half of this year and a Monday afternoon report says that former WBC Welterweight Champion, Shawn “Showtime” Porter, will headline for them on August 22nd.

The Athletic’s boxing insider, Mike Coppinger, tweeted that Porter will be taking on unbeaten German Sebastian Formella in a bout that will air over the air on Fox:

Though Fox and PBC have not made it official, this bout will likely be at the Microsoft Theater in downtown L.A. without fans. That is where Fox is scheduled to return with its first PBC fight card in five months on August 8th, when welterweights Jamal “Shango” James and Thomas Dulorme will meet in their rescheduled fight.

As for Porter, 30-3-1, he was last in action, when Errol Spence defeated him by decision in their Unification World Welterweight Title Fight last September in Los Angeles.

Porter had won the vacant WBC belt by decision the previous September over Danny Garcia and had defended it once in a close battle 12-round Split Decision over Yordenis Ugas in March of last year. He also has previous losses to Keith Thurman and England’s Kel Brook in world title challenges.

Formella is 22-0, 10 KOs, however, he’s only fought one time outside of his native Germany. And, he was last in action in January, when he decisioned Roberto Arriaza.

It is entirely possible that PBC is having Porter fight this fight and then potentially, have him meet the up-and-coming James in their next fight, if they are both victorious.

Then, again, PBC has yet to announce a date for the long proposed Spence-Danny Garcia world championship clash. That fight was delayed last Fall by Spence’s car crash and then, the Covid 19 shutdown of the sport. And, there could a Spence-Porter rematch upcoming, if both win in that scenario.

Golden Boy adds Rashidi “Speedy” Ellis for August 28 card
MTK Fight Night moved to Wednesdays
Advertisement
To Top
We use cookies to ensure that we give you the best experience on our website. If you continue to use this site we will assume that you are happy with it.Ok