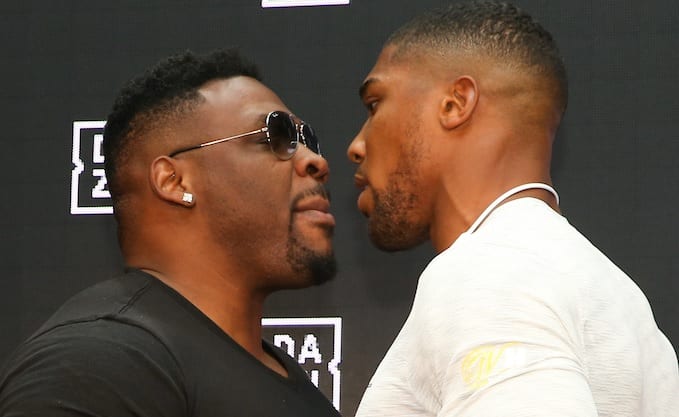 Report- “Big Baby” Miller off July card due to PEDS

Heavyweight Jarrell “Big Baby” Miller, one year removed from the last time he was caught cheating, seems to have been caught doing it, again.

In a tweet from Mike Coppinger of The Athletic, Miller has tested positive for a performance-enhancing substance and has been pulled from his July 9 main event fight on ESPN.

Miller , 23-0, 20 KOs was slated to make his promotional debut under the Top Rank Boxing banner in a fight to headline inside “The Bubble” against Jerry Forrest.

Breaking: Jarrell “Big Baby” Miller has tested positive for a performance-enhancing substance and has been pulled from July 9 fight with Jerry Forrest on ESPN, sources tell The Athletic. Miller was set to fight Anthony Joshua last year before testing positive for three PEDs

Those who are familiar with Miller and his history of failed drug tests know that this isn’t his first rodeo. Just last June, he was scheduled to take on Anthony Joshua in a championship bout at Madison Square Garden before he tested positive for every drug under and over the moon.

That failed drug test caused the  New York State Athletic Commission’s refusal to give him a boxing license and was replaced in that fight by Andy Ruiz, Jr. who went on to pull off the biggest upsets in boxing in recent memory stopping Joshua in the 7th round.

This was supposed to be Miller’s comeback fight since that failed drug test and is interesting that according to Top Rank CEO Bob Arum, he was going to make sure Miller was on right and narrow.

“We’re gonna put him with a top nutritionist and he’s only gonna eat and abide by what the nutritionist tells him. Otherwise, I can’t promote him”, Arum said during the media rounds of Deontay Wilder- Tyson Fury 2 back in February.

Easy to say that they weren’t recommending PEDs, while preparing for “the Bubble”.

Forrest, 26-3, 20 KOs, is a fellow American contender, who was very active in 2019 with a 4-1 record. The only defeat loss was a controversial split decision to Jermaine Franklin last July that took place on Shobox. Forrest was recently signed to a promotional agreement under DiBella Entertainment banner.

The Nevada State Athletic Commission granted Miller a license earlier in the month so he could take on Forrest and that all seems for naught now.

We’ll await what the substances are that Miller got caught with again this go around and find out if Top Rank still keeps Forrest in action against another heavyweight on their roster for July 9th or in the near future.