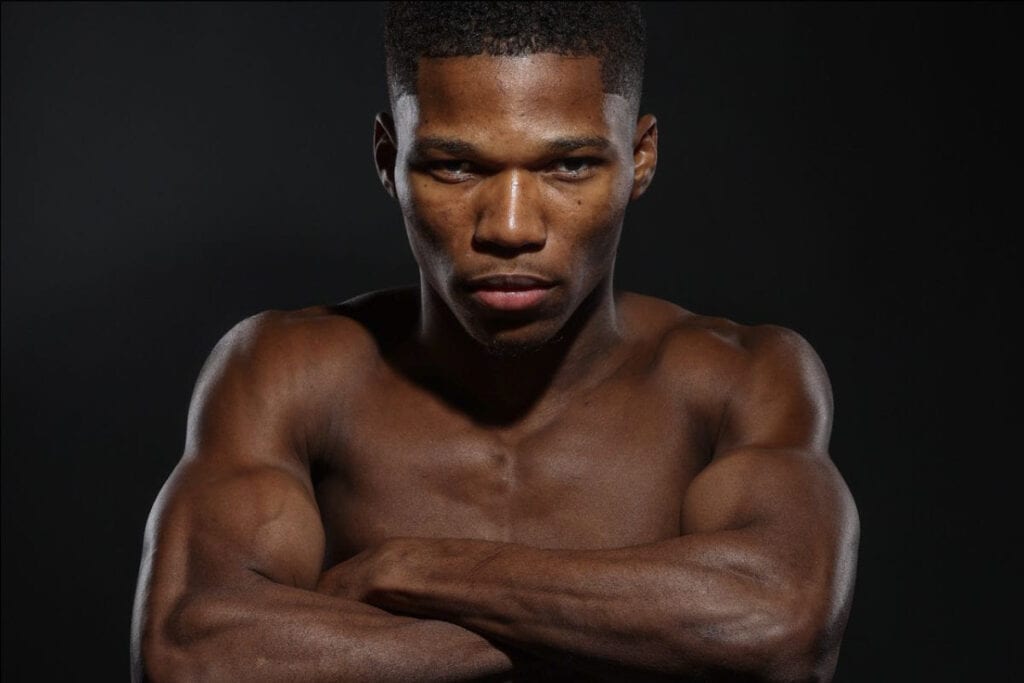 Raymond Ford- ‘I Am The Best Prospect In All Of Boxing”

Raymond Ford believes he’s the best prospect in boxing, and he wants to underline that with another stand-out performance as he steps up against Aaron Perez over eight rounds at the American Airlines Center in Dallas, Texas on Saturday night, live worldwide on DAZN.

Ford (8-0 4 KOs) had a great finish to 2020 with impressive stoppage wins in Florida and San Antonio adding to the buzz around the Camden, NJ talent, and now in his second eight-round fight, he takes on the unbeaten Perez (10-0 6 KOs).

Ford has ambitious plans for the rest of 2021 if he can see off the challenge of the 23-year-old from New Mexico, and the 21-year-old is in no doubt that he is the rising star that everyone should be watching.

“I feel I am the best prospect in all of boxing, not just at Matchroom, I’m talking everywhere,” said Ford. “I feel like I could be a contender by the end of the year, but I want to fight five more times after this fight, and then going into 2022 I want to challenge myself and get a shot at the World title.

? "Expect a spectacular performance. Explosiveness. Defense. I want to show everything I have in my arsenal. A star is rising."@raysavage856 turns up the heat against undefeated Aaron Perez in Dallas ? #FordPerez pic.twitter.com/YQQ7jk39TO

“This is what I have been waiting for, it’s time to show who I really am. I don’t want to be just beating guys that I am supposed to beat, he’s a young, unbeaten prospect, the same as me, and I feel that this is the perfect start to show who I am.

“I wasn’t sure what to expect coming into the pros, whether I would be moving fast or moving slow, I was just going along with it. I’ve recently been looking to make the decisions to move fast a few fights ago.

“Even with COVID I fought three times last year and the first card wasn’t until August, so Eddie Hearn is moving me along great, and they are starting to test me now. I wasn’t supposed to be back until April so being back in March is great for me.”

Ford faces Perez on a huge night of action in Dallas, with a mouth-watering triple-header of World title action at the top of the bill.