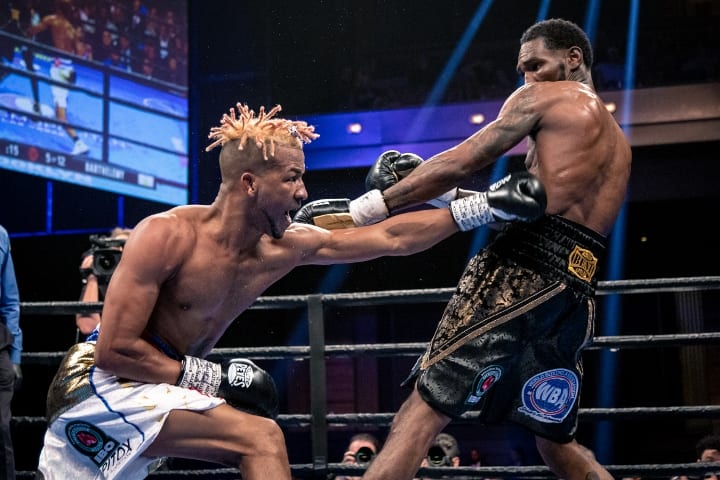 Former two-division world champion Rances Barthelemy takes on All Rivera in a 10-round welterweight match headlining FS1 PBC Fight Night and on FOX Deportes this Saturday, January 30 from Shrine Auditorium and Expo Hall in Los Angeles.

The event will be promoted by TGB Promotions and Sweethands Promotions in association with Warriors Boxing and will take place without fans in attendance at the Shrine Auditorium and Expo Hall, an AEG venue, in downtown Los Angeles.

Rances Barthelemy (27-1-1, 14 KOs) is a decorated Cuban amateur who hails from a boxing family that includes his older brother, Olympic Gold Medalist Yan, and younger brother, featherweight Leduan. A two-division world champion, the 34-year-old Barthlemey is moving up to welterweight after campaigning at lightweight where he won a 135-pound title against Mickey Bey in 2016.

Barthelemy won a 130-pound championship by defeating Argenis Mendez in 2014 and attempted to become the first Cuban three-division champion when he moved up to 140-pounds for his first fight against Kiryl Relikh, a title eliminator that he won by decision. He returned to lightweight in his last match and fought to a split draw against Robert Easter Jr. in 2019.

Rivera (21-4, 18 KOs), a 27-year-old southpaw from Bobon, Philippines, is coming off a unanimous decision victory over Rodel Wenceslao last February. This will be the second time that he has fought in the U.S. He lost against Malik Hawkins in Las Vegas in 2019.

Lynch (10-1, 8 KOs) scored a KO victory over Bernard Thomas in his last fight. The 29-year-old Lynch is from Englewood, New Jersey, and is the nephew of famed entertainer Eddie Murphy. He will be making his debut on FS1 in the toughest fight of his pro career, which began in 2016.

Fighting out of Fresno, California, Hernandez (14-3-1, 3 KOs) has faced excellent competition in his career, battling a litany of tough, fellow rising contenders. The 27-year-old Hernandez has twice faced former unified super welterweight champion Jeison Rosario, fighting to a draw in their first meeting before losing the rematch. He most recently lost a decision to Kevin Newman in November 2019, a rematch of a fight Hernandez won in 2017. He defeated then unbeaten fighters in Newman and Thomas Hill in 2016.

Oberlton was the No. 2 ranked light heavyweight amateur in the U.S. before deciding to turn pro. With over 100 amateur bouts under his belt, he had placed second at the U.S. Olympic Trials in 2020. The 22-year old Oberlton hopes to be in the long line of other greats from Philadelphia. Sharp (4-2, 4 KOs), who is from Merced, California, will be a hard-hitting test for Oberlton. All of his victories have come by KO and he will be looking to bounce back from a unanimous decision loss to Burley Brooks in his last fight in 2019.