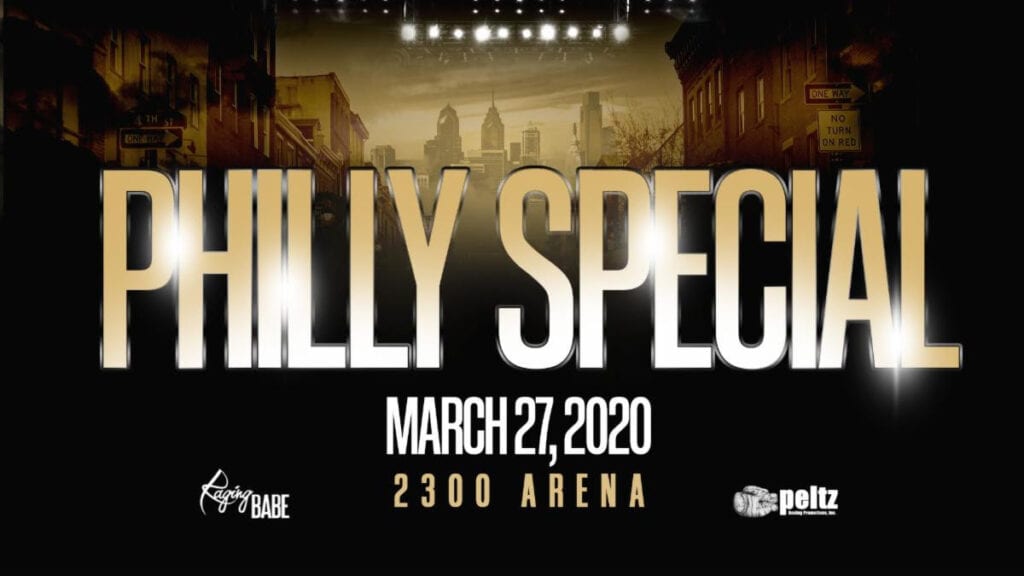 Raging Babe is teaming up with Impact Network to bring Philly Special to the network’s audience of over 86 million homes on March 27.

The card will air live from 2300 Arena in South Philadelphia, and is headlined by an all-Philly main event: Stevie Ortiz vs. Damon Allen for Ortiz’s state lightweight title and the vacant USBC lightweight title. First fight at 7:30 pm, television at 9:00 pm EST.

The network recently announced its Impact Boxing Series. Philly Special, which is promoted by Raging Babe in association with DiBella Entertainment, will be a trial run of the partnership between promoter and network.

“Impact found room in their schedule to bring Philly Special to its viewers,” said Michelle Rosado, founder and Promoter at Raging Babe. “Lou [DiBella] brought them to the table. I’m grateful that he believed in the show so much, and grateful that he believed in and went to bat for me, and felt so strongly enough it needed to be televised, to make this connection. I think it’s a mutually beneficial opportunity.

“For some time now, there have been no television platforms for local and regional promoters,” continued Rosado. “Impact is changing that. Promoters and fighters who aren’t getting opportunities on the platforms dominated by big promotional companies will get a shot, and will be seen in homes across the country.

“Stevie Ortiz vs. Damon Allen is a tremendous local match-up, and Impact will give them a chance to show they can fight and move up boxing’s food chain. It’s a win-win for boxing’s middle-class promoters, the ones not supported by hedge funds or by billion dollar television rights fees or streaming services. This is just what boxing needs.”

“Philly Special is classic, grassroots, hometown boxing, featuring competitive matchups and world class talent. It deserves a real platform and I’m thrilled that I was able to help secure Impact and its 86 million basic cable homes for my partner Raging Babe,” said Lou DiBella, President of DiBella Entertainment. “It’s been great co-promoting with Michelle, and working with Russell Peltz. I’m thrilled that Steve Marcano and IMPACT shared our enthusiasm about Philly Special and that it will be available to virtually all US boxing fans on free TV.”

“What makes Impact special is that it’s so accessible to people,” said Impact Boxing Executive Producer Steven Marcano. “When DAZN has a card, you have to have a credit card and account to watch. When Showtime has a card, you have to have premium cable to watch. All you need to watch boxing on Impact is the lowest tier cable package. We are in over 86 million homes. We’re making sure that everyone who has basic cable has access to good programming, good sports, and good boxing.

“I think calling a show a ‘club show’ is old school,” continued Marcano. “If you take the same show and put it on Showtime, it’s no longer a club show – it’s a Showtime show. Raging Babe has great fights and an excellent game plan–they just need a little more attention and a platform to showcase their events. It’s a smaller venue with limited distribution – add television and it’s a sold out show in millions of homes, not a club show.

“We’re looking forward to working with Raging Babe on this and future cards. Michelle is thorough, and gets the job done,” said Marcano.

Harper to make title defense against Jonas
Fury maintained Wednesday he’ll handle success better this time
Advertisement
To Top
We use cookies to ensure that we give you the best experience on our website. If you continue to use this site we will assume that you are happy with it.Ok