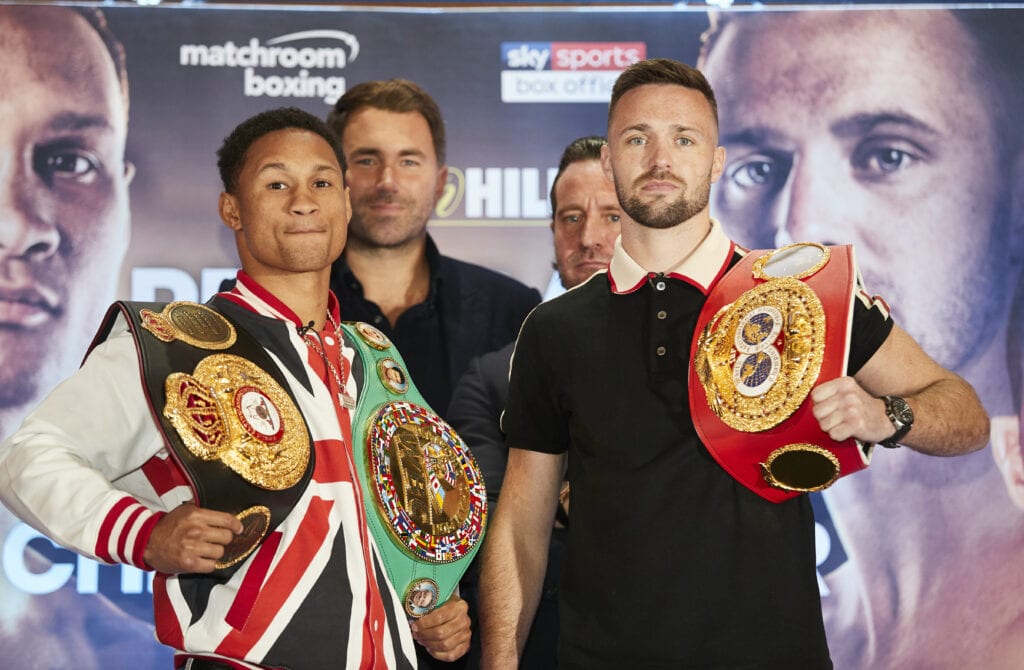 Regis Prograis was very adamant at the press conference on Monday in London that challenger Josh Taylor did not have a shot at beating him in the World Boxing Super Series finale taking place on October 26th. The final which will have the IBF and WBA 140 pound titles on the line, will take place at the O2 Arena and will be seen on the streaming service DAZN in the US and Sky Sports in the United Kingdom.

“I really cannot see how he can beat me,” Prograis said at the press conference. “I just can’t. You know, not to be cocky, not to be arrogant, but I can’t see it. Like, he been hurt. He was, you know, his last fight with Baranchyk, he cut him up. I told him after his last fight, ‘You know, you can’t …’ ”

💥@RPrograis v @JoshTaylorBoxer is No.1 v No.2, it's champion v champion 🔥

This tournament final of Prograis and Taylor is still listed as the main event despite during the press conference last week when Dereck Chisora made it known that he wanted top billing on this show in what was the most amusing boxing presser to take place this year.

Nothing like that happened in this one. We were assured by Prograis what he had planned for Taylor when they meet up in London.

“I don’t know,” Prograis said when asked about if he’ll stop Taylor. “I know we fighting for the Ali trophy, but I’m not Ali. I can’t say, you know, what round or nothing like that. I’m gonna go out there and I’m gonna do my thing. You know, just like I always say. I just go out there, I have fun, I do my thing and that’s what I’m gonna do. So, far as if I’m gonna hurt him or knock him out, I don’t know. But so far, I’ve been dominating. That’s what I plan to do, you know, October 26th.”

We’ll see if Prograis delivers on that promise in what will be for most in the boxing community a must-see matchup.

Petr Petrov in action on Thompson Boxing card
Lightweight contender Garcia furious again at Golden Boy
Advertisement
To Top
We use cookies to ensure that we give you the best experience on our website. If you continue to use this site we will assume that you are happy with it.OkPrivacy policy