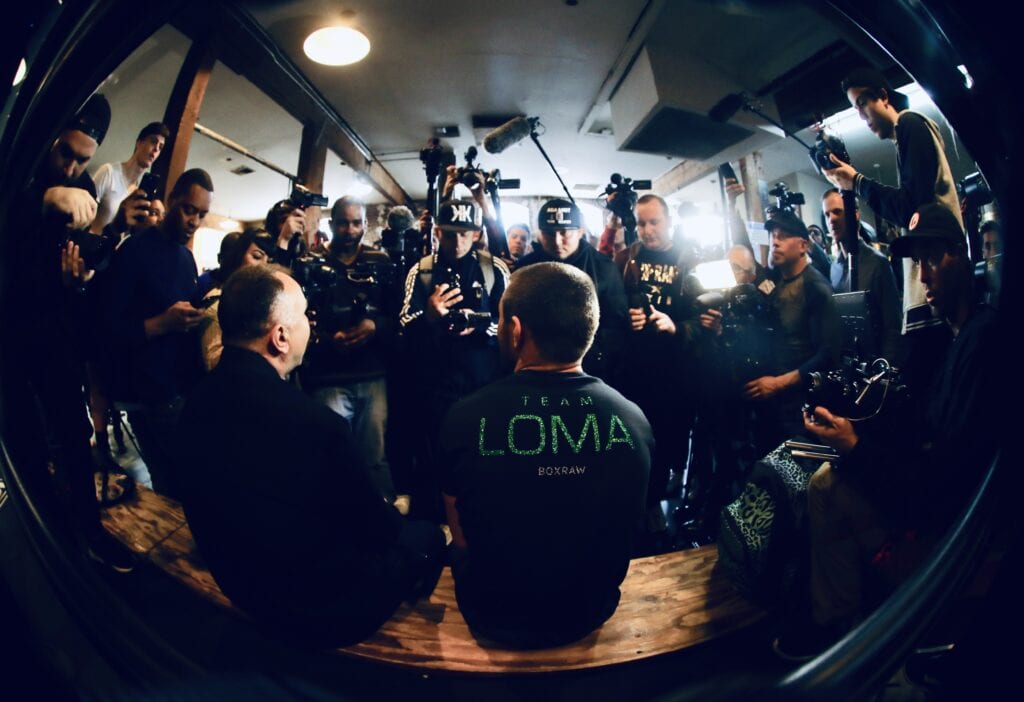 Prior opponents of Lomachenko explain the experience

The attention of boxing this week is the matchup of Vasiliy “Loma” Lomachenko taking on Luke Campbell for the WBA, WBO and WBC Lightweight titles in London, England this Saturday.

The one thing that stands out is that those that stepped inside the ring with Loma seem to be on the wrong end of the contests. In a recent interview with Sky Sports, some of his prior adversaries explained on their end what went wrong in the ring.

Jason Sosa, who lost to Lomachenko back in 2017 told Skt Sports, “I gave him the best four rounds ever but my body fatigued. My body died. It was just too much.”

Guillermo Rigondeaux, who also suffered defeat to Lomachenko back in 2017, echoed the same sentiment as well.

Seems to be the pattern with those in the ring against Lomachenko is that feel confident they can keep up early on, but as the rounds keep adding up, tend to breakdown mentally and physically.

No one explains that better than his latest victim to the Lomachenko onslaught in Anthony Crolla.  Crolla was in action against Lomachenko and was dispatched of in four rounds back in April in what was a one-sided contest as well.

“When Lomachenko went through the gears, it was a horrible feeling because it was a bit like ‘I can’t really do anything here – I’ve got to wait for him to stop and then try and do something,'” Crolla told Sky Sports.

“It’s not that I couldn’t go with him because I hadn’t trained enough, it’s just I couldn’t live with him.”

While Campbell is sparring with three opponents at the same time in preparation for Loamachenko sounds like something out of “The Transporter” movies, I can point to three guys who wished of doing the same.

Navarrete, Pedraza to appear on Fury-Wallin card
Report- Kovalev camp ok with quick November date for Canelo fight
Advertisement
To Top
We use cookies to ensure that we give you the best experience on our website. If you continue to use this site we will assume that you are happy with it.Ok