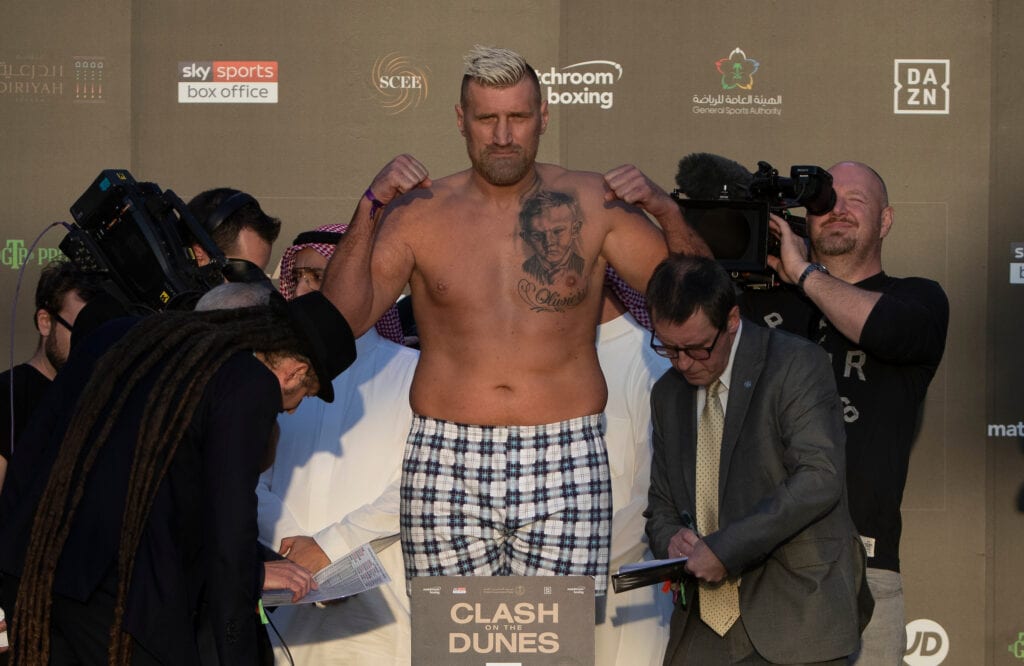 In the return of professional boxing to Poland post Covid-19 outbreak Friday night, veteran Heavyweight Mariusz Wach won an easy 10-round unanimous decision over his American opponent in the main event.

The 40 year-old Wach controlled the action and was never really threatened by Kevin “Kingpin” Johnson, a journeyman fighter from New Jersey, who clearly filled the role of “the opponent” on Friday night.

From the beginning of the fight Wach established himself with his considerable size and reach advantage. And, Johnson was content to lay on the ropes and try to counter-punch. Although, he did that infrequently and without much success.

There were no knockdowns and neither fighter was ever in serious trouble. Although, there were no official punch stats, Wach clearly was out-landing Johnson at least 2-1 throughout the entire fight.

In the main event in Konary, Poland, a fight that slightly exceeded very minimal expectations, Mariusz Wach (36-6) with the UD-10 victory over Kevin Johnson (34-17-1) for the vacant Republic of Poland International Heavy Title. Official scores 99-91, 98-92 & 97-93 pic.twitter.com/qKZGshhcjd

Wach previously lost in his last fight to English contender Dillian Whyte on a 12 round unanimous decision last December in Saudi Arabia. Friday night, he used his jab and straight right hand to dominate most of the rounds. Johnson tried to put some occasional combinations together in the final two rounds without much success.

The fight was held in Konray, Poland in a TV studio, and though it was billed as having no fans, it clearly had at least two dozen people visible in the crowd, watching and cheering. It was available through Wach and his promoter, Agon Sports, and through Youtube behind a paywall.

Wach came into this fight having lost four of his last six bouts, including two of them prior to his Whyte loss to fellow Pole, Artur Szpilka and American, Jarrell “Big Baby” Miller.

Report- Premier Boxing Champions to return in late July
Greats Hearns and Leonard met again in 1989
Advertisement
To Top
We use cookies to ensure that we give you the best experience on our website. If you continue to use this site we will assume that you are happy with it.Ok