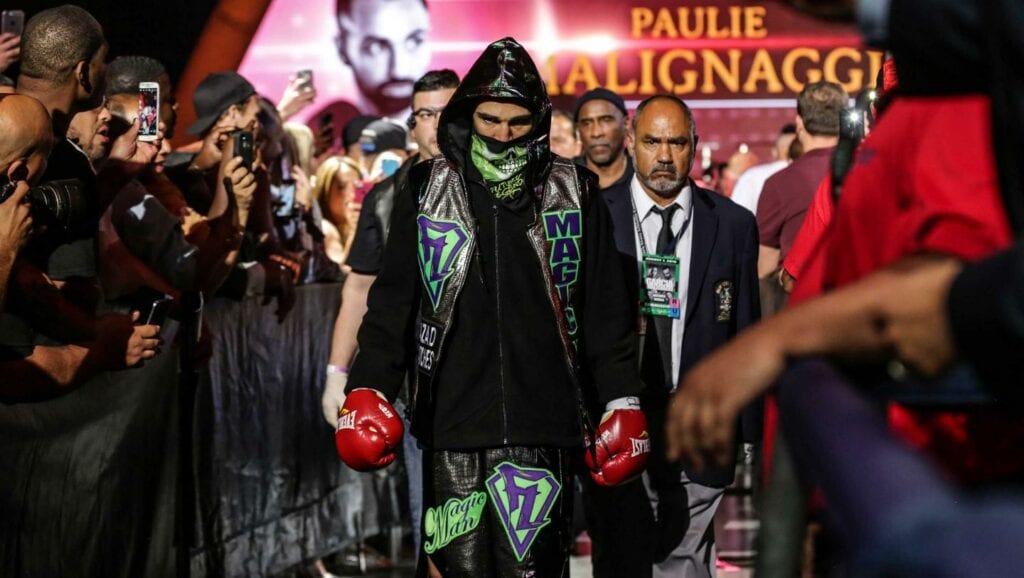 Paulie Malignaggi has no care in Canelo-Kovalev

WBO Light Heavyweight Champion Sergey Kovalev is currently in talks for what seems to be all, but a formality a fight against Canelo Alvarez  Not everyone is excited about the contest upcoming, however.

Showtime Boxing analyst Paulie Malignaggi was asked about the potential catchweight fight in an interview from Fighthype, and he didn’t want to talk about it.

“What do you want me to tell you? You got a guy who was a light middleweight a couple of years ago who’s now fighting a light heavyweight who punches hard, ” Malignaggi told Fighthype. “Weight classes don’t matter anymore. Just dope up, and you’re good.”

“I don’t even want to discuss fights like this because there’s nobody jumping that many weight classes that fast unless something’s going on,” Malignaggi told Fighthype. “It’s a shame, but I don’t know, this guy (Canelo Alvarez) failed a drug test already. I heard he’s on the year-round program now, it’s great you know. C’mon, man. The guy was a light middleweight a couple of years ago fighting Amir Khan now he’s fight Sergey Kovalev. And I’m supposed to discuss that in a serious manner? Just because everyone else is gullible, I’m supposed to discuss that in a serious matter and I can’t.

The drug test that Malignaggi is referring to that Alvarez failed is one back in 2018 where he tested positive for the banned substance clenbuterol before his rematch with Gennady Golovkin. Alvarez was suspended for six months because of it for what his team at the time claims was tainted meat. While Malignaggi isn’t saying that Alvarez is currently taking anything illegal, safe to say he strongly hints at it because Malignaggi feels it’s not natural.

While it doesn’t sound like Malignaggi is going to get a ticket to the match, the latest reports have the match between Alvarez and Kovalev have the bout slated for sometime in November.

Lomachenko-Campbell chat with media at York Hall
Lara-Alvarez look into their matchup “Face to Face”
Advertisement
To Top
We use cookies to ensure that we give you the best experience on our website. If you continue to use this site we will assume that you are happy with it.OkNoPrivacy policy