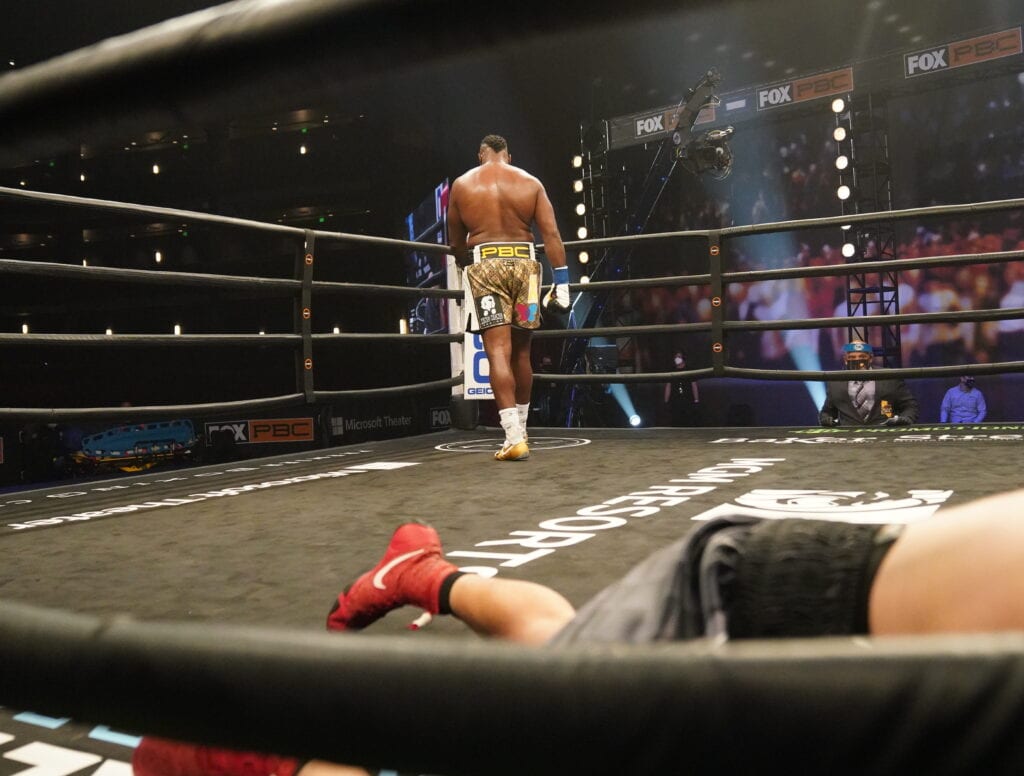 The main event broadcast on Fox didn’t last long as Luis Ortiz stopped Alexander Ortiz in the opening moments of the first round of their heavyweight contest.

The entire contest was only forty-five seconds officially.

A body shot to the left of Flores sent him down in a bag of rocks and Flores didn’t beat the count of referee Thomas Taylor and that was it.

Not the expectations that Flores had coming into this fight as all of the leadups into this fight for him was to pull off the upset and list his name in the top list of heavyweights. Ortiz early on in this had other plans and dashed that.

Luis "King Kong" Ortiz ends it in 46 seconds with a body shot pic.twitter.com/SNtzGhpygf

After the fight, Fox Sports Heidi Androl mentioned on the broadcast that Flores complained of trouble with his eye before went down. The replay showed that he had been hit by the bicep of Ortiz. Either way, Flores was taken out in quick fashion.

For Ortiz, this was a get back fight since his last outing last November where he lost Deontay Wilder in their rematch in Las Vegas. The broadcast Compubox while unofficial showed a shutout of 2 to 0 in favor of Ortiz. We’ll see where he stacks up in the land of heavyweights here but of note was prospect Frank Sanchez n the CO-Main event was victorious in a stoppage victory in quick fashion over Brian Howard. Interesting if those two line up for a contest sooner than later.