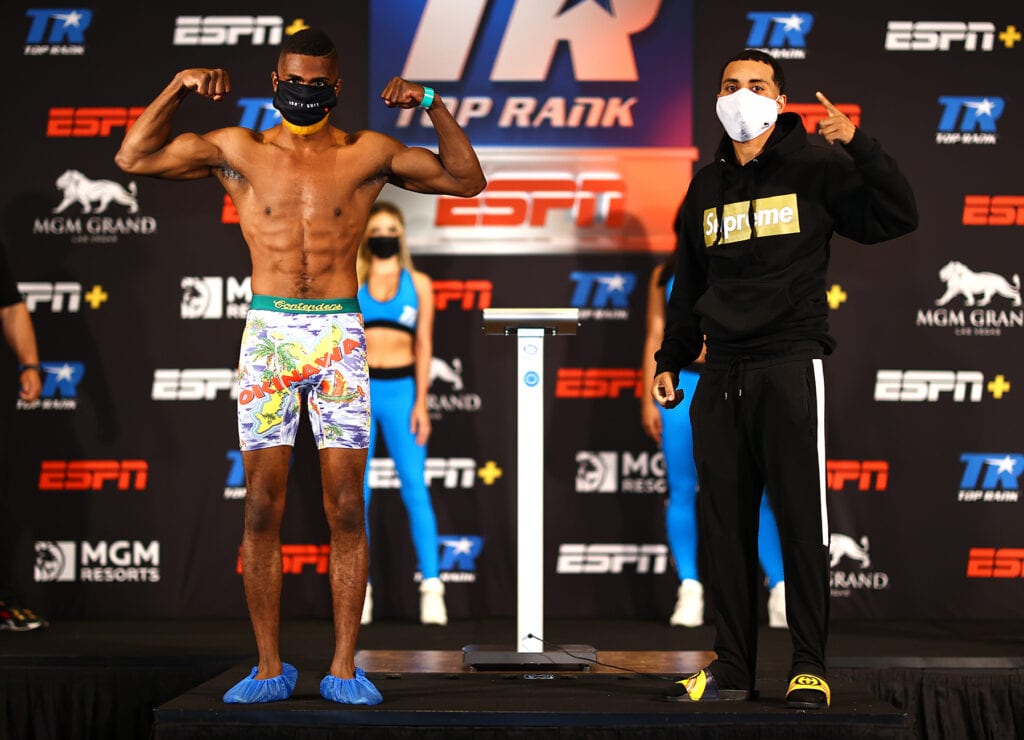 Tonight on ESPN inside “The Bubble”, undefeated prospect Abraham Nova (18-0, 14 KOs), takes on late replacement  Avery Sparrow (10-1, 3 KOs, 1 NC) in one of the matchups I’m looking forward to tonight. Sparrow replaces Toka Khan Clary, who was the original signed opponent but pulled out at the time for unknown reasons.

Nova speaking with Keith Idec of Boxingscene finally gave us some closure and a reason why.

“He was leading the protests and he actually turned down the fight for that, from what I heard. I respect him for that, because that’s a big thing going on right now in our time and our society. So, you know, I’m not gonna bash him or nothing. You’ve gotta respect a guy for something so deep. He has a lot of love and respect for his culture.”

Abraham Nova: I Respect Why Toka Khan Clary Pulled Out Of Our Fight https://t.co/tpmn0SC1di pic.twitter.com/Nobwq7mNQC

Nova is taking on Sparrow, who was last scheduled to take on most notably Ryan Garcia last year only to be taken away by U.S. Marshalls instead before the weigh-in, scrapping that fight last September.  Sparrow is taking this fight as an slight underdog and also off a 15 month layoff.

What makes this fight interesting for me like most of these Top Rank “Bubble” shows so far is the fact these are prospects and names being given the biggest stage. This will be for Nova his second fight since signing with Top Rank and will be his toughest test to date. If you have followed any of my writings here on Nova, he was blowing out club level competition in 2019 and is slowly incing his way up the WBO ranks at 130. Keep an eye on Nova tonight from Las Vegas with the card starting at 8 p.m. ET on ESPN.