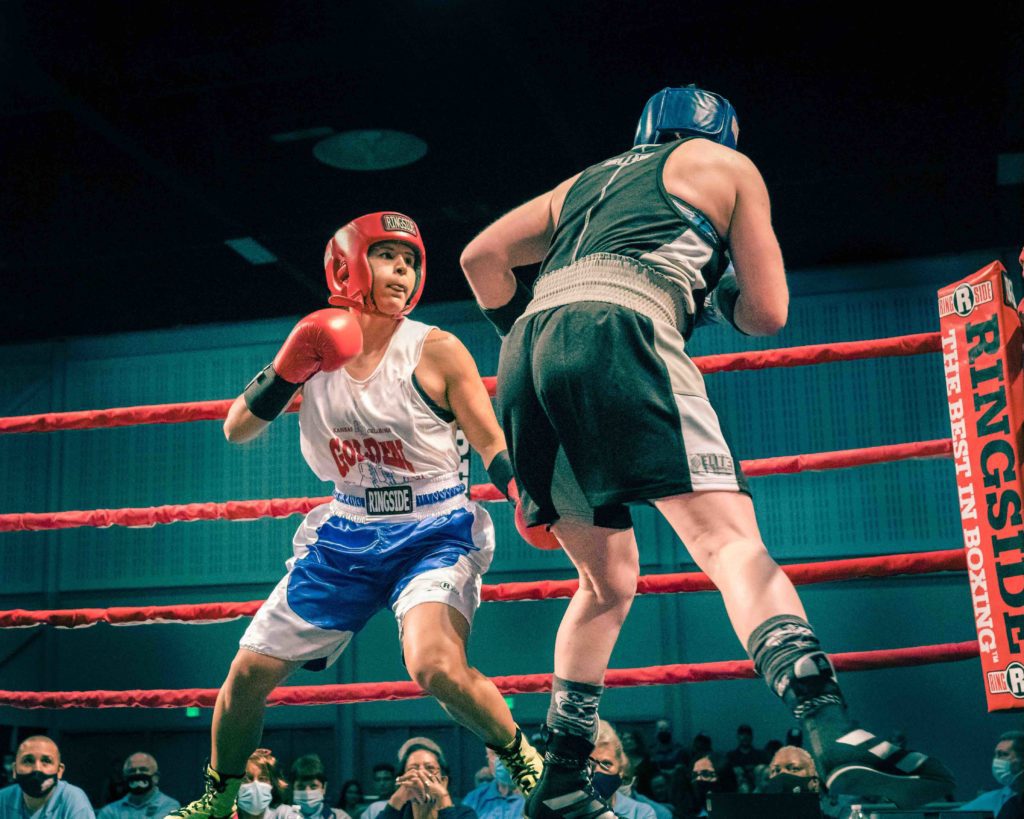 Thanks to my @ShowtimeBoxing familia for acknowledging my son @giomarquez36 on his National GG Title and Outstanding fighter award. Support TMT The Márquez Team 🥊🙏🏼 pic.twitter.com/LiEk6fnPLv

The tournament, which was cancelled in 2020 due to Covid-19, took place August 9-14 at the recently remodeled Cox Business Convention Center. The Engine Room Boxing Gym, in collaboration with the Tulsa Sports Commission and the Kansas-Oklahoma Golden Gloves Franchise, coordinated the event, which was held for the first time ever in Oklahoma. Sprinkler Fitters Local Union 669, UA was the title sponsor of this tournament. Male and female amateur boxers ages 18-40 from across the United States, representing 30 Golden Gloves franchises, competed in ten weight classes in this USA Boxing-sanctioned championship.

“We are really proud of Neida and Carlos,” says Coach Aaron Sloan. “This is the first time this tournament has come to our state, and it was fantastic to have two Oklahoma boxers from our Kansas-Oklahoma team do so well. We’re looking forward to hosting this event in Tulsa again next year.”

Legendary professional boxer, “Irish” Micky Ward, was a VIP guest on the final night of the championship. Ward posed for photos and signed autographs for the crowd. Former professional fighter, Allan Green, and Danny O’Connor (rapper and founding member of hip-hop group House of Pain and creator of the Outsiders House Museum) also attended.