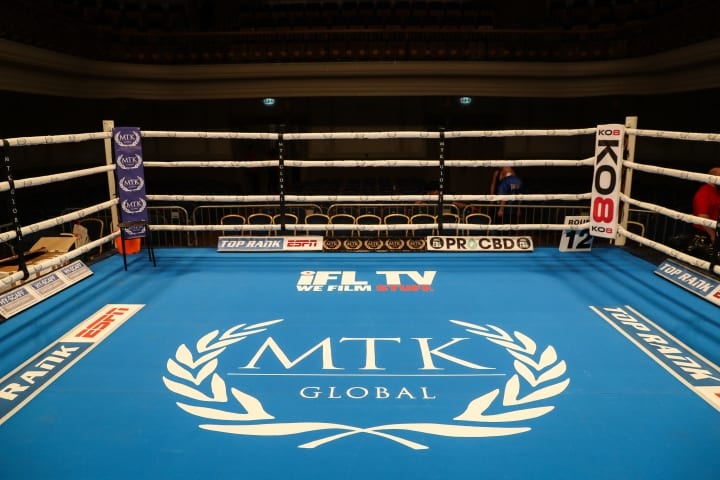 In the wake of the United States government’s decision this week to sanction Dubai-based Irish national Daniel Kinahan, six of his associates and three companies he has ties to, and offer a $5 million reward that will lead to the “financial destruction” of the Kinahan Organized Crime Group or the arrest and conviction of its leaders, MTK Global and Probellum, two boxing promotional companies many believe have close ties to the powerful boxing adviser, have distanced themselves.

Dubai-based MTK Global, a promotional and management company Kinahan co-founded in 2012, has said for years that he is no longer involved with the company even though many believe he still calls the shots.

Nonetheless, MTK issued a statement that said it “will comply fully with the sanctions made by the US government against Daniel Kinahan. MTK parted ways with Mr. Kinahan in February 2017. He has had no interest in the business since then, and will have no future involvement with us. MTK operates ethically, transparently and lawfully. We will cooperate fully with all authorities and assist with any ongoing investigations.”

MTK Global CEO Bob Yalen added in a statement, “MTK Global will take every measure to ensure the company, and those who deal with it are fully compliant with the U.S. sanctions announced this week and take this matter extremely seriously.”

Many believe that Probellum, which was founded last year and is run by former Golden Boy CEO Richard Schaefer, is also closely tied to Kinahan.

“Probellum takes the sanctions made by the U.S. Treasury extremely seriously and the business and its employees will be fully compliant with them,” Probellum said in a statement. “We have retained counsel in the U.S. to ensure that we fully comply with all rules, regulations and requirements related to this matter, including not working with any individual or company that has been placed under U.S. sanctions. This includes Daniel Kinahan and we can confirm that we will not have any business relationship or communication with him whatsoever.”

“Bob Arum’s comments implying that Top Rank has ceased a business relationship with Probellum are baseless,” Probellum said. “Top Rank is a competitor and since Probellum’s inception, Top Rank has never worked directly with us. Any suggestions that Daniel Kinahan is a shareholder or owner of Probellum are false and defamatory.”

Any company found to be doing business with Kinahan would face legal and civil action by the U.S. government.

Kinahan has worked with several top fighters and is (or was) an adviser to Tyson Fury, Josh Taylor, Terence Crawford, Michael Conlan and Billy Joe Saunders, among others.