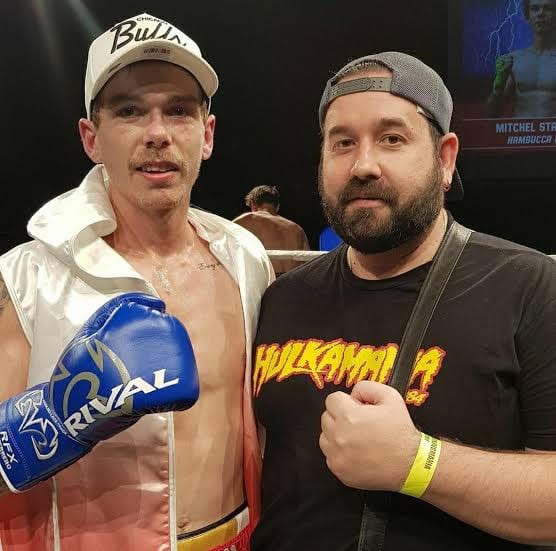 Mitchell Stapleton Plans Ahead With Clash Against Colosimo

Australia’s 21-year-old prodigy “The Dynamite Kid” Mitchell Stapleton has not stopped training during the global pandemic and is eager to add to his perfect professional record two wins undefeated with two 1st round devasting knockouts.

His next outing is said to be in March against the undefeated Ricky Colosimo (4-0) on the proposed Tim Tszyu v Dennis Hogan card.

“I would love to one day be World Champion, and I know my time will come, but as the old saying goes, I have to clean out my backyard first and Ricky is the next step in my plan to get to the top,” “The Dynamite Kid” spoke recently up about his future and the upcoming clash with Colosimo.

“I respectfully would love to get into a position to Challenge IBF Pan Pacific and Australian WelterweughtTitlist Ben Kite. I know my manager, The Big Boss Man, Tony Tolj, will get me the opportunities. He’s the best in the world, look at what he and the Moloney twins, Bruno Tarimo, Andres Campos have accomplished.

Undefeated Aussie pair Mitchell Stapleton and Ricky Colosimo put it all on the line https://t.co/jl6LvUOeef pic.twitter.com/GA8gbvN23a

Andrew and Jason are my boxing idols, and to be guided by the same team is an absolute honor, and I’m reading to show the world The Dynamite Kid is ready to Bang!”

“Mitchell is a great kid, undefeated as a pro, 5x time National Champion. He’s only 21, but I know the dedication he puts into boxing and his time will come”.

I’m still in talks to finalize his next fight but im sure there will be no issues and im looking forward to seeing his next fight against Colosimo, and I’m sure it’s just the start of a big future going forward,” Tolj stated.