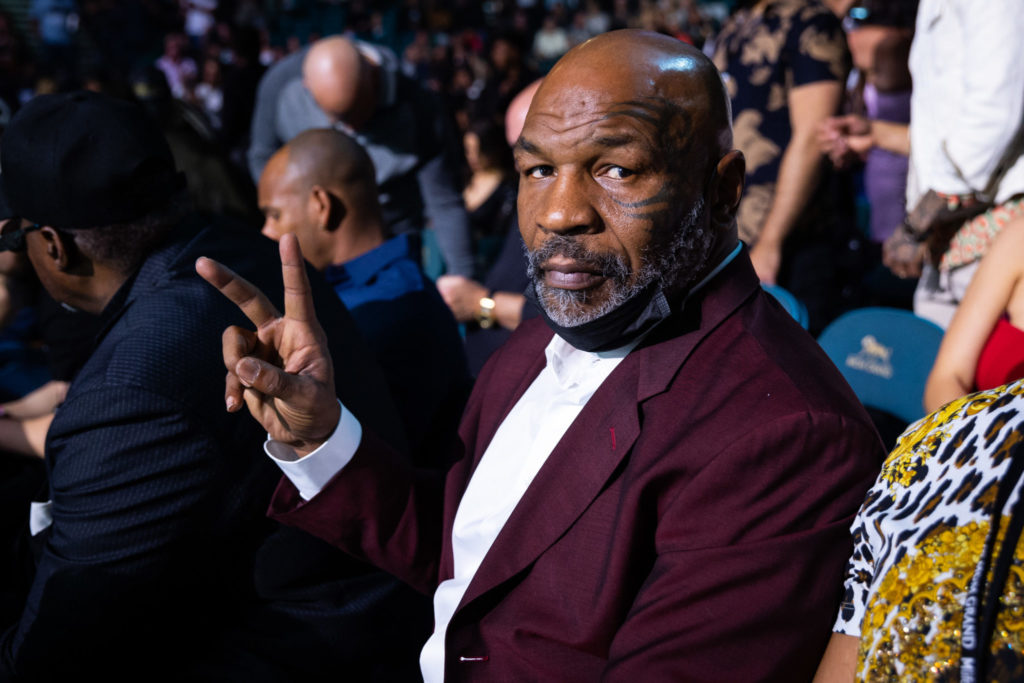 Former undisputed heavyweight champion “Iron Mike” Tyson is back in the news this morning after a Wednesday night physical altercation with another passenger on a flight that was set to take off from San Francisco to Florida.

TMZ reported first on Thursday morning that they had obtained the video and the details from the Wednesday night flight on Jet Blue Airlines.

Mike Tyson seemed to lose his cool on a plane on Wednesday night … repeatedly punching a man in the face after the guy had apparently annoyed him. https://t.co/cXtthBP7pn

The 55 year old Tyson is seen in digital still photos interacting with a young white adult seated in his section. According to the witness that TMZ got the info and presumably the video from, things turned violent when that same passenger refused to leave Tyson alone.

“The witness tells us Mike took a selfie with him … and then was patient with his overly excited buddy, who kept trying to talk to the 55-year-old fighter as he sat behind him.

Eventually, though, we’re told Tyson had enough of the guy behind him talking in his ear … and told him to chill. When the guy didn’t, that’s when the witness says Tyson started to throw several punches at the man’s face.
The witness says Mike walked off the plane just seconds later.

We’re told the man who was punched received medical attention and then went to the police over the incident. We’ve reached out to cops for comment, but so far, no word back yet.

We’ve also reached out to JetBlue and Tyson’s camp for comment on the incident as well, but no word back yet there either.”

Later Wednesday, they reported: Sources close to Mike claim the man was extremely intoxicated … and wouldn’t stop provoking the boxer in his seat.

Clearly from the video obtained by TMZ, Tyson punched the individual in his seat numerous times before leaving the plane before it’s departure.

After a three year prison stay for a rape conviction in Indiana in 1992, Tyson emerged from incarceration and regained both the WBA and WBC world titles in separate wins over Frank Bruno and Bruce Seldon. However, Evander Holyfield defeated him by TKO in November of 1996 with Tyson being famously disqualified in their rematch for biting off a portion of Holyfield’s ear in the June 1997 rematch.

Tyson finished with a career record of 50-6 before retiring after losing his final two fights in 2004 and 2005. He went into the International Boxing Hall of Fame in 2011.

He has since returned to the ring in a pay per view exhibition against fellow retired hall of famer Roy Jones, Jr. The two had their bout in front of no fans due to the Covid 19 pandemic in November of 2020.