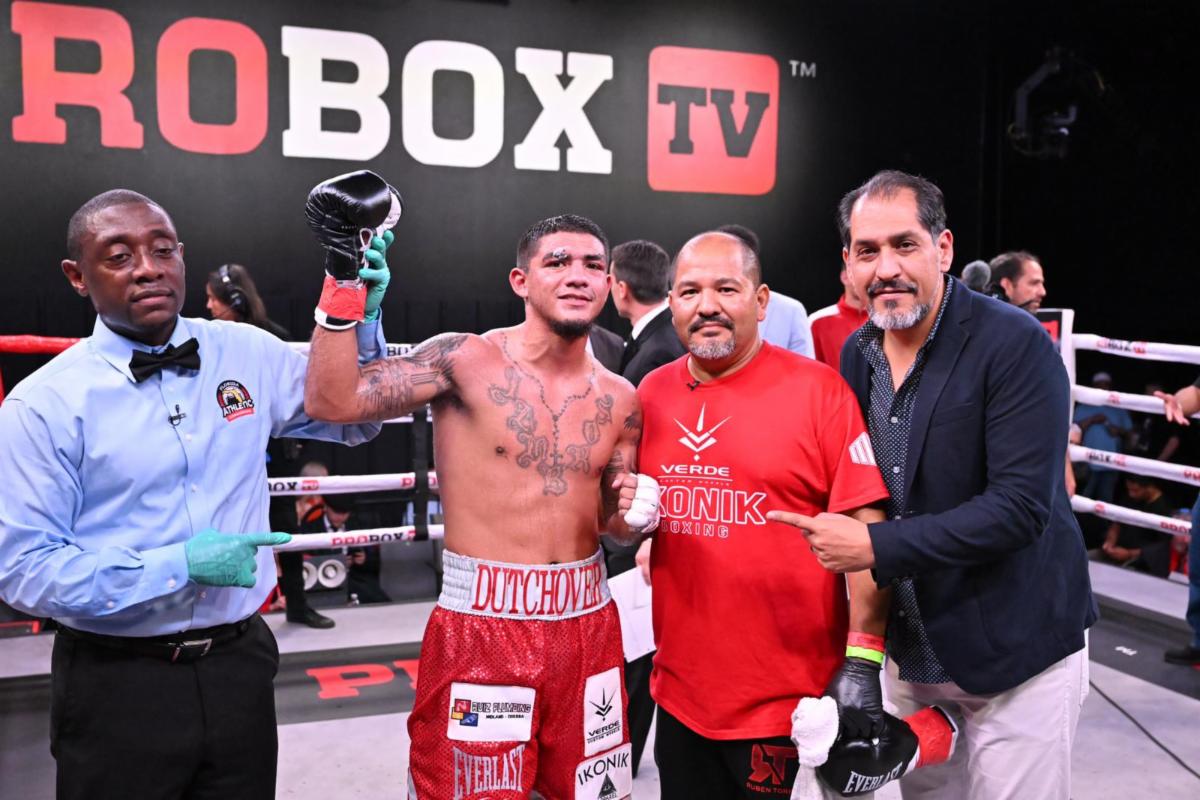 Junior welterweight Michael Dutchover (16-2, 10 KOs) advanced to the semifinal round in “The Last Chance Tournament” with an eight-round split-decision victory over veteran Clarence Booth (21-5, 13 KOs) this past Friday night in Plant City, Florida.

Dutchover of Midland, Texas, who is promoted by Banner Promotions and Thompson Boxing, feels this victory is the first step toward getting back in the world title hunt.

Dutchover looked very solid throughout the contest as he was able to establish and score with power shots, and despite the cards ending in a split decision, most observers of the fight who were in attendance at The Pro Box Event Center and watching on Pro Box TV, thought that Dutchover won the bout handily. Scorecards read 78-74 and 77-75 for Dutchover and 77-75 for Booth.

“This fight was very important to me to get back in the winning column,” said Dutchover. “We did our job. We are back. Right after I got my hand raised, I was ready to get back in there. I am ready to fight Antonio Moran. I am very confident that I can win this tournament and turn my career around. This is going to be a big year for me.”

“I am very proud of Michael. I thought Michael performed great on Friday night,” said Artie Pelullo, President of Banner Promotions. “He showed a lot of character by the way he fought in the opening round of the tournament. He fought with a lot of confidence, and I feel he will even better for his next fight,”

“It was a very gritty performance from Michael and he showed why he belongs in this tournament with this victory,” said Alex Camponovo, General Manager for Thompson Boxing. “His preparation going into this bout was excellent and we are excited for his next challenge against Moran, a fight we believe he can win.”

The Moran that Camponovo is referring to is Mexico’s Antonio Moran, who won his quarterfinal bout in the “Last Chance Tournament” Friday night in Florida as well. Moran, now 27-5-1, defeated Jeffrey Torres by eight round decision. Moran previously lost battles to Jose Pedraza by decision and then, to Devin Haney by KO earlier in his long career.

And, it will be a real challenge for Dutchover, who was coming off his second career loss last September by TKO to Nahir Albright, to battle a veteran like Moran in the next step of the tournament.