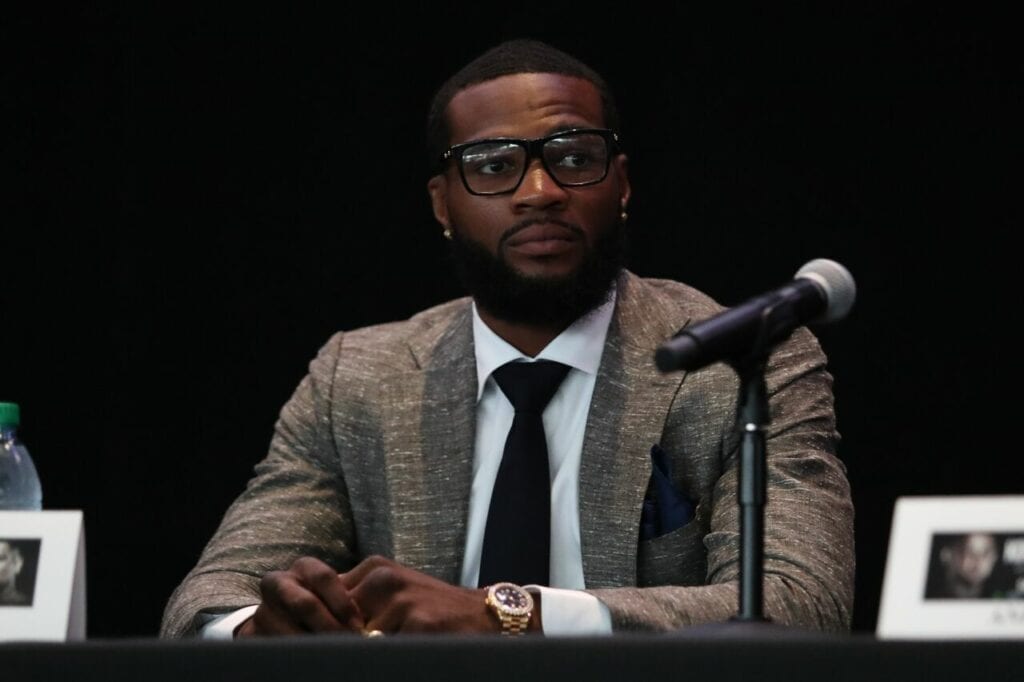 The Staten Island native Browne is holding this camp in Colorado Springs, Colorado, the second time he’s done so as a pro and has sparred with the likes of Vyacheslav Shabranskyy, Eric Moon and Kemahl Russell as he prepares for August 3.

“This is my second time going out to Colorado for a portion of my training camp,” said Browne. “My performance on August 3 will show why I do this, but it’s basically just because I’m able to lock in on myself and focus on the most important thing that’s in front of me, and that’s Pascal.”

Browne’s last fight saw him defeat two-division world champion Badou Jack in a rough and bloody fight that earned Browne the interim 175-pound title. Browne showed off new dimensions to his game in a career-best win.

“In my fight against Badou Jack, I just wanted to prove that I have real skills, that I’m not just a knockout puncher and that I can take things away from top guys,” said Browne. “I’m a better fighter overall now. I’m constantly growing as a fighter and come August 3, I’ll display that on an even higher level.”

The 28-year-old Browne has another tough test in front of him on August 3, as he faces the former light heavyweight champion, Pascal. Pascal has faced a slew of top fighters throughout his career including current 175-pound champions Sergey Kovalev and Dmitry Bivol, plus past champions Bernard Hopkins, Chad Dawson, Carl Froch, Lucian Bute, and Eleider Alvarez, giving Browne a chance to earn a measuring stick win.

“It’s very important to do well and further stamp my status in this division against Pascal,” said Browne. “He feels like he hasn’t lost to any lefties, so I’ll be his first. He keeps saying he has a lot of gas left in his tank, so I’m going to have to show him who I am, and send him packing.”

August 3 will be Browne’s record 13th fight at Barclays Center, where he so far is 13-0 and with eight knockouts. Browne will continue to relish these opportunities given to him, while also making sure he doesn’t fall into any of the distractions that plague a fighter competing in his hometown.

“I’m very appreciative of all the people that have given me the opportunity to fight at Barclays Center and continue to push me forward in the boxing world,” said Browne. “I’m thrilled to be back defending my WBA belt in front of my hometown people.

“I leave New York during camp to help me get focused, but by the time I get back to home for fight week, I’m totally locked in on what’s important.”

Tickets for the event, which is promoted by TGB Promotions, are on sale now and can be purchased at Ticketmaster.com. Tickets can also be purchased at the American Express Box Office at Barclays Center.