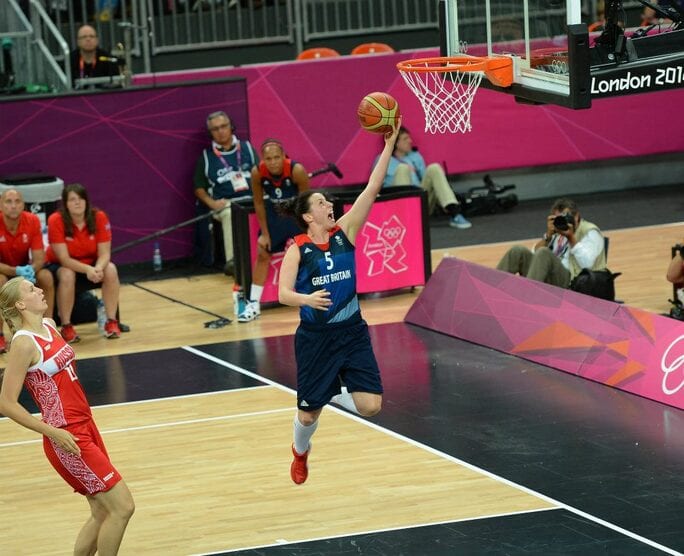 “The Making of Champions” is a podcast that airs every Thursday at 5 pm ET on the Joe Louis Bourbon Facebook Page with Tonya Cole and yours truly. This week’s guest on the program is women’s fighter Rose Branscom-Anderson, whose background is known in basketball, but family roots are embedded in boxing.  Those family roots are what got her to chase her dreams to become a force in the sweet science.

Her older brother, Kenny “Widowmaker” Anderson, was a titleholder in his own right and known for taking on George Groves and in what was his last contest, Robin Reid. I asked what made her want to follow in those footsteps.

“With my brother being a boxer, I grew up going to the boxing gyms, so I always grew up around that,” Branscom-Anderson told us on The Making of Champions Podcast. “I’m actually from a family of travelers and gypsies like  “The Gypsy King” Tyson Fury.

“Back then, and it’s a different story now, but women didn’t box. I’m 32 now, but back then, my dad didn’t want me to do it. I even remember at the time. They would let me into the ring and spar and let me do stuff here and there. There was clear talent there (in boxing), but I wasn’t allowed, so I pursued basketball. I came over to America and did my college years in basketball (instead).

Those years in basketball are well noted on her Wiki page, which includes the feat of when Rose played against Australia in Great Britain’s first match on July 28, 2012. She became the first Scottish player ever to play basketball in the Olympics as, although the British men’s team contained two Scottish players, they did not play their game until the day after the Australia game.

Feel free to check out our wide-ranging conversation with Rose as we speak to her about her travels in ALL HER SPORTS, which got her from basketball into boxing, as well as her thoughts on the current landscape of women’s boxing and what can be done to expand the sport. We also get Rose’s amazing backstory on what went down at the 2019 Golden Gloves tournament she participated in and almost won.

Is there anything she can't become a champion at? The first Scot to be on the British Olympic Basketball team, a respected rugby player, a rower, and a boxer… and a Mom. Rose Branscom-Anderson says it's god-given talent, but in this wide-ranging conversation, she reveals her why, her passion, and how she became so confident and empowered. It's not just a message for girls, it is a lesson for us all in what it takes to be a champion in whatever you do. #InspiringChampions #BeJoeLouis