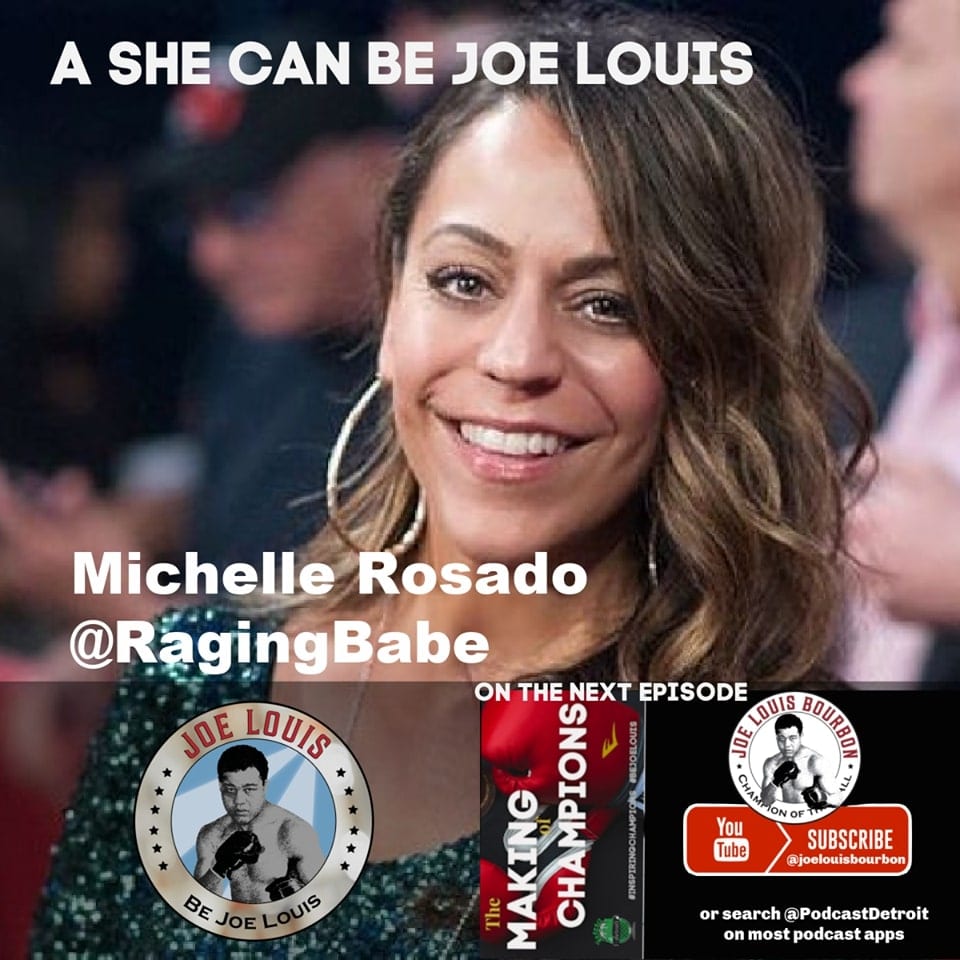 “The Making of Champions” is a podcast that airs every Thursday at 5 pm ET on the Joe Louis Bourbon Facebook Page with Tonya Cole and yours truly. This week’s guest on the program is boxing promoter, Michelle Rosado, or as everyone knows her as “Raging Babe.”

One of the many things we spoke to her about was what got her into boxing. Rosado explained to us that her father brought her into the sweet science.

“One thing that me and my father shared a lot of time with was with boxing,” Rosado explained on The Making of Champions podcast. “He was really into baseball and in the boxing. And I grew up watching what boxing and baseball I wasn’t like your little girl planning her wedding or playing with Barbie that was like outside having a catch and watching, you know,

Mike Tyson fights, and probably family comes over for the big fight. That’s what I remember, and when I was 18, my father passed away from cancer, but that love for boxing that he had kind of just stole it from me.

We also had here layout to us the initial episode of “Boxing Moms,” a series she created alongside Break Media that was well-received featuring Tammy Adorno, the mother of the Adorno twins. She also explained to us how she is the head honcho out of that camp.

“They’re both signed with Top Rank. They’re both sides were Robert Garcia, and the family dynamic is really interesting, and I’ve had to deal with Tammy so many times because the boys have fought on my card and on Top Rank cards when they’re in Philly that I work on. So I noticed real quick that she’s the boss. It’s not Robert. It’s not the Dad, it’s her,” Rosado explained.

Feel free to listen to our great conversation with Rosado as she lays out her journey into boxing. As well listen to her tell us about the sacrifices she gave up to continue being in boxing as what happened to those women’s brunches that use to take place she used to host.