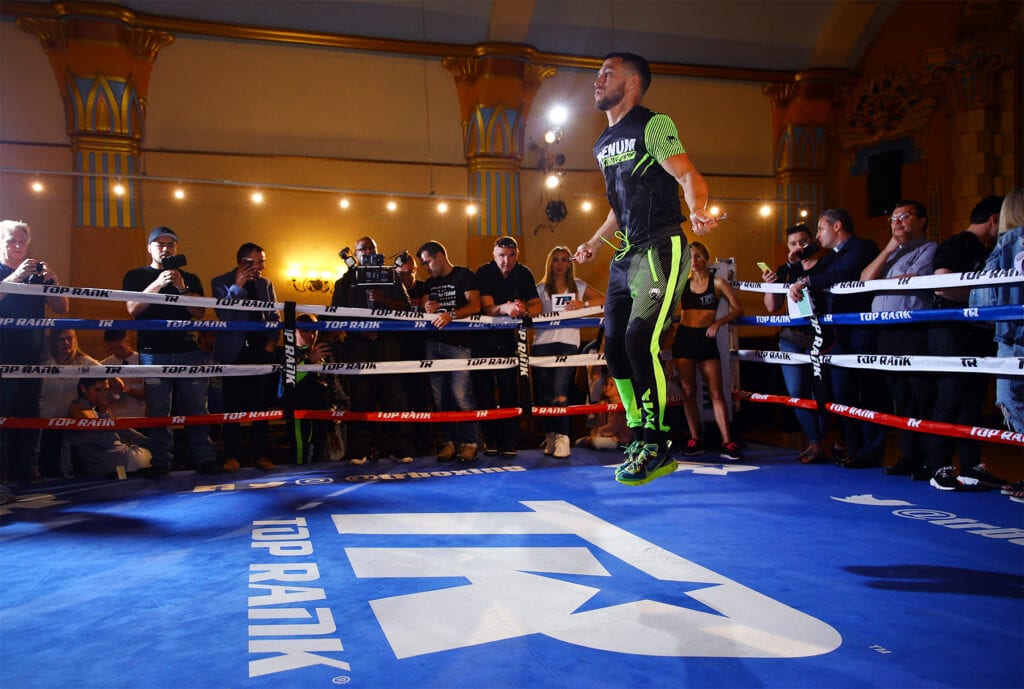 WBA and WBO lightweight world titleholder Vasiliy Lomachenko (12-1, 9 KOs) was at the Ukrainian Culture Center,  the site of Tuesday’s media workout. He was there along with his mandatory challenger Anthony Crolla (34-6-3, 13 KOs) to field questions to the media on their upcoming bout this Friday at the Staples Center in Los Angeles. This title defense will air at 11 p.m. on the streaming service ESPN+ to celebrate the one year anniversary of the platform.

On fighting Crolla this Friday, Lomachenko said the following:

“I anticipate a good and entertaining fight. I want to enjoy {myself} during the fight. All of my fights, I have enjoyed.”

“Before the fight, you’re nervous a little bit, but when you step in the ring, it’s your place. You step into your house, relax and enjoy the fight.”

On headlining in Los Angeles he mentioned to the media:

“On April 12, I am going to show my best style and give the fans a great show. I am excited to fight at STAPLES Center. The fans in Los Angeles are special and appreciate my boxing style.”

Lomachenko stated this when asked about a potential fight with Mikey Garcia:

“My goal is to unify all the titles. If it’s {IBF champion Richard} Commey later this year, that would be a great fight. Any champion, I would want to fight. I want IBF and WBC belts. I want to go down in history as a great champion.” 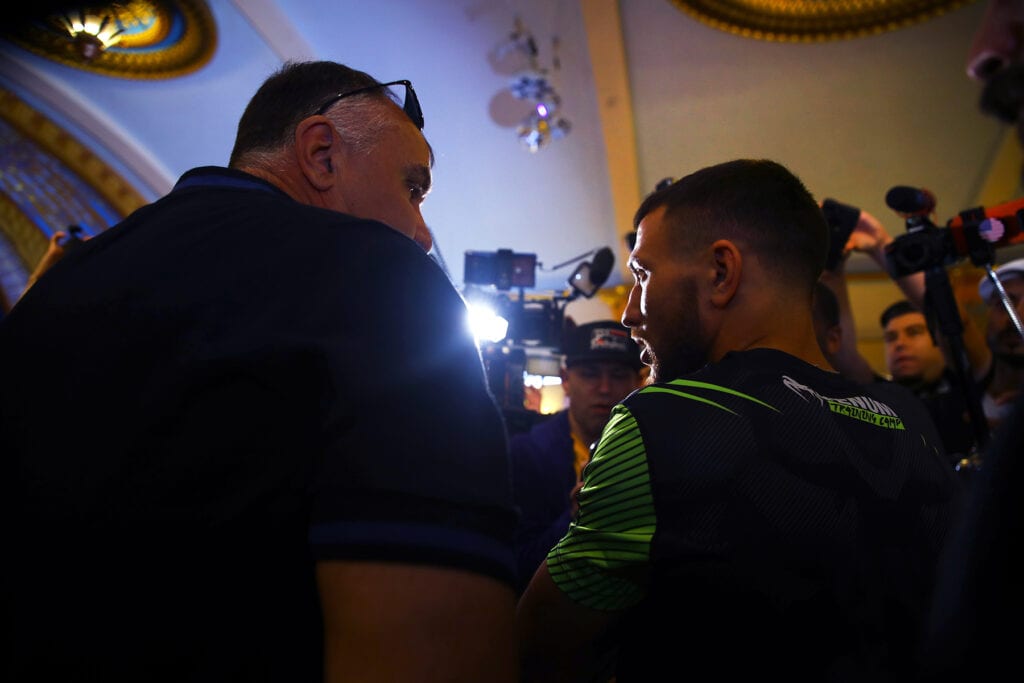 Crolla, when asked about his match up against Lomachenko on Friday, stated to the media:

“It’s been a long camp and the hardest of my career, physically and mentally, but I am in a great place and I’m raring to go.”

“He’s seen by many as the best fighter on the planet and I know that I have a huge challenge ahead of me, but these are the kinds of fights that I got into the sport for at the age of 10. I’ve dreamt about nights like this and it’s almost time.”

“People aren’t giving me a chance, but that doesn’t matter to me. Everyone is entitled to their own opinion. The motivation to me is attaching my name to one of the biggest upsets in British boxing history, without a doubt, and I don’t think I’m speaking out of turn there. As a boxing fan and someone that lives and breathes the sport, that’s all the motivation I need. I’ve been the underdog all throughout my career and I know that this is by far the biggest challenge I’ve faced, but it’s one I can’t wait to get stuck into.”

“I’ve boxed at the elite level before, I’ve been boxing at the world title level for years and I’ve earned this shot, it’s not been given to me. I know that I have to pull off something massive, but I do belong at this level and I’ll prove it. I won’t be in awe. I’ve worked far too hard to let that happen and I am confident. It’s just me and him in the ring. Like any sport you need that little bit of luck, but I have worked immensely hard to get as lucky as I can, but we’re going in with a good game plan and I cannot be better prepared.”

The conversations will all end as they both step into the ring this Friday.

Are we in for an upset this Friday? ?#LomaCrolla | April 12 | Staples Center | @ESPN+ pic.twitter.com/X8PblDB5b3