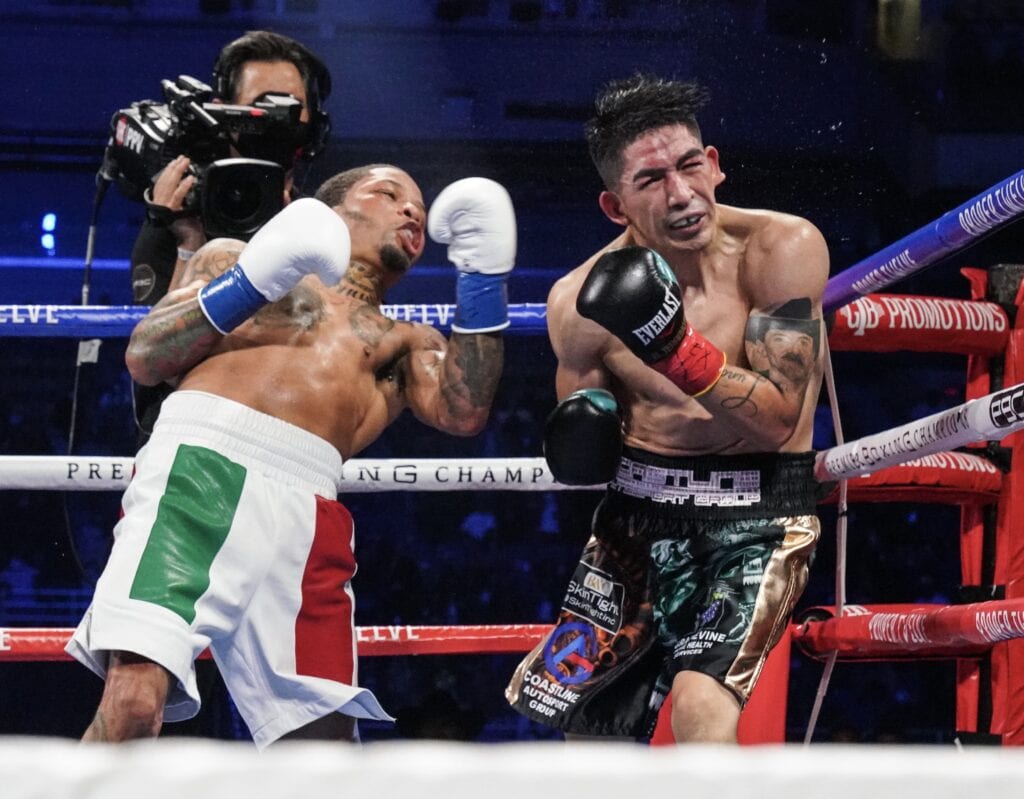 After his scary knockout loss to Gervonta Davis Saturday night at the Alamodome in San Antonio, TX, there was genuine concern for former four division world champ, Leo Santa Cruz. The good news on Sunday morning is that Santa Cruz appears to be okay.

First, Davis scored a left uppercut that is now a candidate for “KO of the Year” in the sixth round of the WBA “regular” Jr. Lightweight and Lightweight title fight. Take a look,

That tremendous shot ended what had been a spirited battle between the unbeaten “Tank” Davis and Santa Cruz, where Santa Cruz bravely stood toe to toe in several big exchanges with his younger and stronger opponent.

However, after he laid motionless, out cold, for several seconds, there was concern for Santa Cruz’s overall well being.

He did leave the ring with assistance for his dressing room and then was transported a short time later to a local San Antonio hospital.

Santa Cruz was examined for a concussion/head trauma, etc. and updated his own situation in the early morning hours of Sunday,

We didn’t get the win, but I’m okay. Tough fight and congrats to @Gervontaa on his victory. Thanks to the fans for all their support for me and my family. #TeamSantaCruz pic.twitter.com/E68YifaMa3

“He touched me with shots early that I wasn’t supposed to get touched with. I started settling down and listening to my coach and Floyd. There’s a lot of pressure early in the fight. Floyd was just telling me to stay calm. I always want to go out and get at them, but Floyd always says, I’m a 12-round fighter.”

Compubox stats had Davis landing an impressive 80 of 146 of his power shots at the time of the sixth round stoppage to 76 of 259 for Santa Cruz, who is now 37-2-1 for his career. But, in the end, only one power punch mattered.

On the knockout punch Davis added,

“We worked on the uppercut, but it was really me adapting to the timing of the fight. He was blocking the uppercut at first. So I started switching it up and throwing hooks when he thought the uppercut was coming.

“This is an amazing feeling. This is just the start. I have to thank everyone who helped me get to this point.

It was only second knockdown and the first time Santa Cruz had been knocked out in his lengthy career.