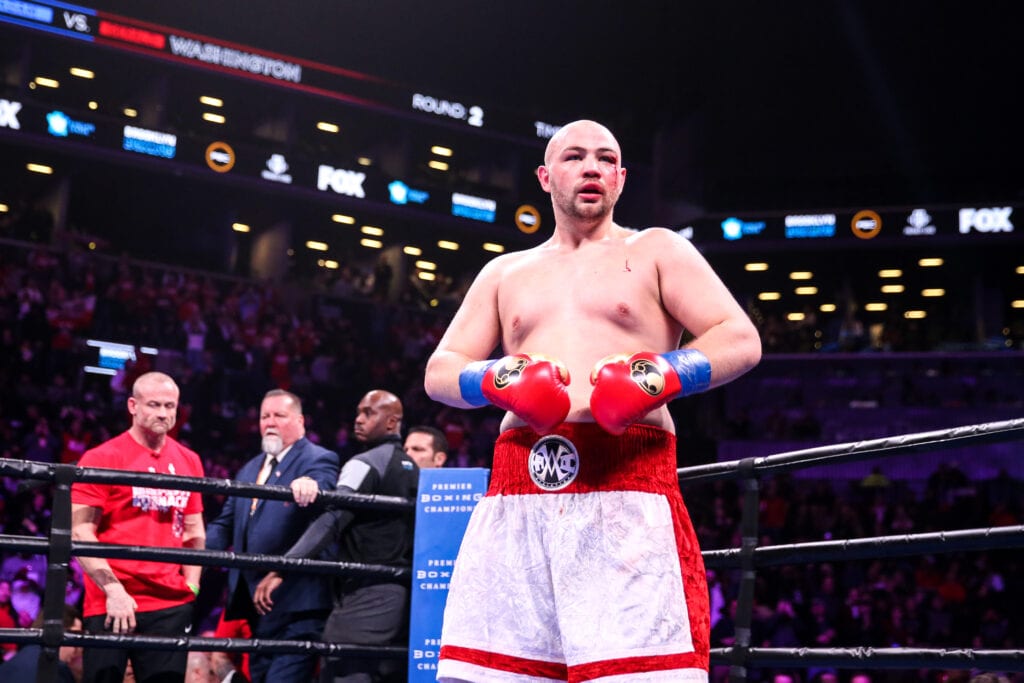 Kownacki will headline in March- Deontay Wilder next?

Unbeaten hard punching Polish-American heavyweight Adam Kownacki is ready to headline a New York show in March on national TV, and he may be in line for more than that later this year.

It appears the baby face Polish bomber is in position to fight WBC Heavyweight Champion Deontay Wilder, should Wilder get past Tyson Fury in their February rematch.

First, Kownacki, 20-0, 15 KOs, announced on social media that he will be headlining the “PBC on Fox”main event from Barclays Center in Brooklyn, NY, on Saturday night March 7th.

Starting of New Year with a major announcement my next fight will be March 7th 2020 premierboxing brooklyn_boxing @ Barclays Center https://t.co/NxJ7Pd9tiy

It is not confirmed yet, but there is wide speculation at the opponent for Kownacki will be former heavyweight title challenger Dominic Breazeale. Breazeale was last seen being destroyed by one right hand by Wilder in May of last year in his second bid for the Heavyweight Championship.

This will be the first time in his career the Kownacki will be the sole focus of the promotion of a PBC event. He won earlier last summer in the same building impressively over veteran journeyman Chris Arreola in a highly entertaining fight. That’s where both fighters threw over a thousand punches in 12 rounds. Kownacki scored the 12 round unanimous decision.

It was not coincidental the Premier Boxing Champions and Fox had Wilder on the play-by-play call at ringside and doing interviews on their post light coverage with Kownacki talking about a possible 2020 Showdown.

The timing of both fighters being in action in early 2020 also lines up, as Wilder will fight 2 weeks before in Las Vegas with Fury. Wilder and Fury fought a hotly-contested draw the first time around in December of 2018 with Wilder scoring a dramatic 12-round knock down that Fury barely beat the count on and survived for the decision.

Kownacki, who emigrated with his parents at age 7 in the New York area is a natural favorite with a huge Polish and Polish American population in that area. And, it makes total sense that PBC wants to showcase him prior to the possible Wilder fight that could be held as soon as August or September.

Spencer, Cota in action on Williams-Rosario
Martinez to defend against Harris in Frisco
Advertisement
To Top