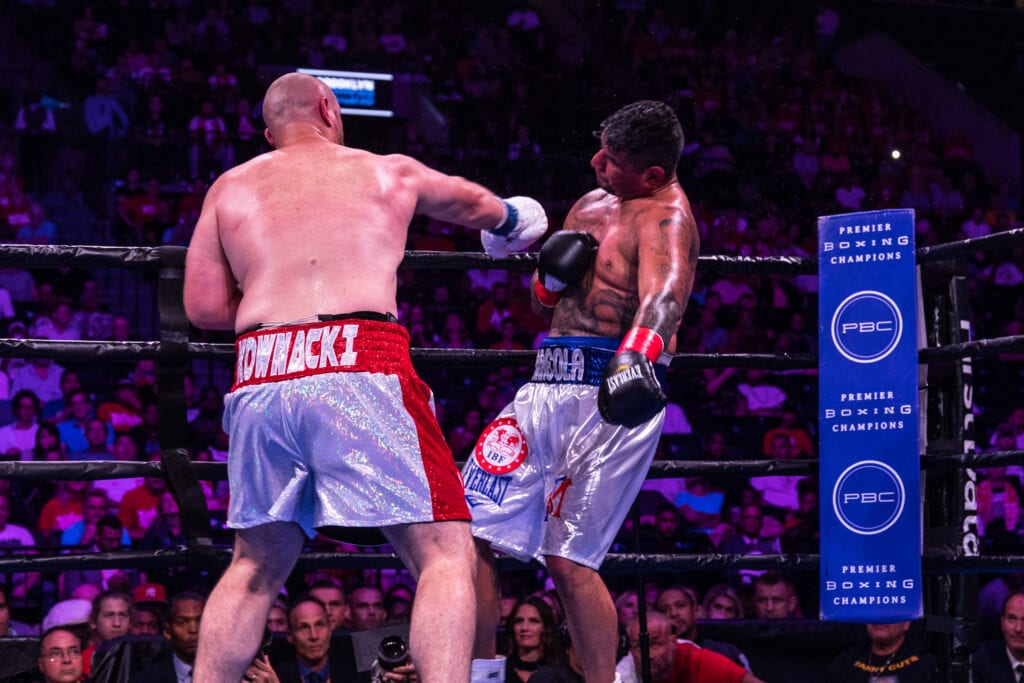 The PBC on Fox Saturday night heavyweight battle between Polish-American Adam Kownacki and Californian Chris Arreola was a solid fight and likewise, did solid ratings for the network.

The final Nielsen  TV numbers are in and Kownacki’s 12 round decision win to keep him unbeaten turned out to be a good draw for Fox, even in the summertime

The overall card scoring a 1.3 million audience bested the previous two Fox full cards shown in Primetime in June and July. The 12-round main event saw audience increase to 1.73 million viewers for that hour. The ratings were up over 30% from the August PBC card on Fox in 2018:

As a reference, the overall ratings for the PBC on Fox July card had just over 900,000 fans on average watch the card that featured Super Middleweight Champ Caleb Plant knock out Mike Lee leading into the Manny Pacquiao – Keith Thurman Pay-per-view later that night on July 20th.

The Jermall Charlo victory over Jorge Cota on June 23rd on Fox had 1.2 million for its full broadcast. And, in that case, Cota was a late week replacement for what was supposed to be a Charlo title rematch with Middleweight Champion, Tony Harrison.

The only PBC on Fox show with a higher overall number than last Saturday night in the last four months was the Jarrett Hurd-Julian “J-Rock” Williams thrilling May 11th show and main event. That card had a better overall rating for the night averaging by just over 80,000 more overall viewers than Kownacki-Arreola card.

The main event of Williams upsetting Hurd by decision peaked at 2.1 million viewers in the final half-hour of the fight. That fight is a candidate for Fight of the Year in boxing, as well.

The number one PBC on Fox show for 2019 remains the January 26th card that featured Keith Thurman successfully defending his WBA welterweight title against Challenger Josesito Lopez in the main event and averaged a 1.98 million in overall fan viewership.

Average viewership and ratings for every PBC on FOX broadcast of 2019. pic.twitter.com/PRAvwU32JN

The main event that night actually averaged 2.5 million viewers and surged to 2.77 million during the final 15 minutes of Thurman’s 12 round victory. It should also be noted that Kownacki fought on the undercard that night, scoring a 2nd round TKO over Gerald Washington and it had 1.96 million viewers.

Clearly, Fox will go back to Kownacki as a drawing card for a main event probably in the winter of 2019/early 2020 based off his TV numbers.