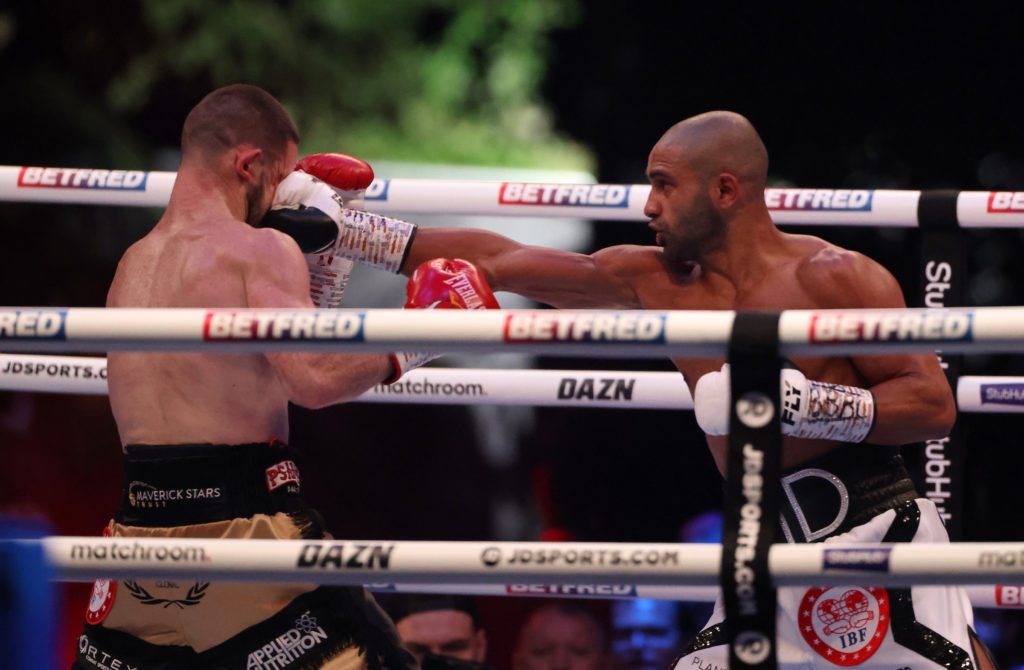 Week two of Matchroom’s Fight Camp is in the books, and we have a new IBF Featherweight champion, as Kid Galahad breezed in defeating Jazza Dickens by corner stoppage. This was a grudge match from their bout which Galahad won in 2013, and it was more of the same in 2021.

The official time of the stoppage was at the end of the eleventh round as Dickens’ corner had seen enough punishment taken.

Both fighters were making their second attempt at capturing a world title, and both had familiarity with each other. That familiarity was apparent once the opening bell, as Galahad, now 28-1 was the aggressor early on, switching looks and attacking the body.  A cut started on the left eye of Dickens early on as well from a clash of heads and looked to be on the defensive early on.

Galahad from the opening bell looked to have movement and tools in his arsenal. The broadcast and former opponent Josh Warrington mentioned using sparring tactics in the ring against Dickens. Anything Galahad did was very effective, and he was chipping away and away at Dickens as the fight grew on.

Dickens had a few moments in this fight as he was able to land a few clean shots in the 7th, but for the majority of this fight, this was all Galahad as the pace that Dickens was fighting at wasn’t going to get the job done.  The broadcast keeps hinting at a Galahad looking to go for the close in the championship rounds, but Dickens, now 30-3 was still game enough to go the distance. Galahad has deducted a point for foot-standing, but at this point, it didn’t matter, and Dickens looked like a battered man in the ring,

With the win, Galahad is the new champion at 126 pounds in his second attempt. However, we’ll see who is next for him, but a name t keep an eye on when he is in action at the end of the month is Mark Magsayo. Should he be victorious on the Manny Pacquiao-Errol Spence card, he makes his way up the IBF rankings food chart.