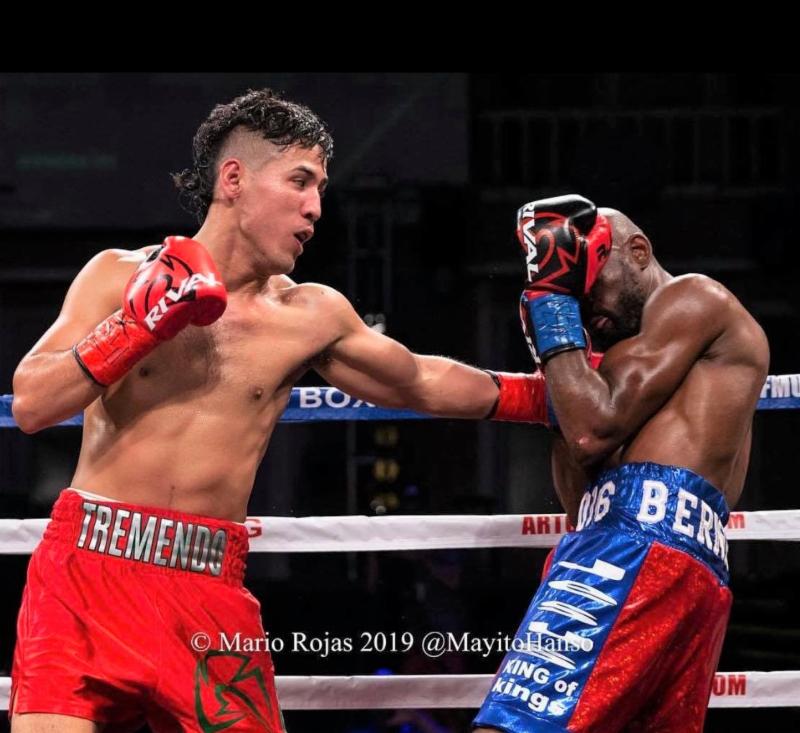 Kendo Castaneda back in action on UFC Fight Pass

The undefeated super lightweight prospect Kendo “Tremendo” Castaneda on October 25th is back in action as he headlines another installment of “RJJ Boxing on UFC FIGHT PASS®,” co-promoted by Joey Gilbert Promotions in association with Silver Legacy Resort Casino at THE ROW in Reno, Nevada. Castaneda will be in an eight round bout taking on  Stan Martyniouk (20-2, 6 KOs).

The Oct. 25th show in Reno will be streamed live and exclusively on UFC FIGHT PASS, the world’s leading digital subscription service for combat sports, starting at 10 p.m. ET / 7 p.m. PT, from inside the Grande Exposition Hall at Silver Legacy.

“An impressive win on UFC FIGHT PASS means everything for me and my career,” said the personable Castaneda, who will be fighting outside of his native Texas for only the third time as a professional. “Getting back in the ring is just another date for me. Come October 25th, the people are in for a ‘Tremendous’ thrill, because I will portray Michael Myers on a classic Halloween Night of Boxing.”

Castaneda had approximately 120 amateur fights, highlighted by his gold-medal winning performance at the 2018 Ringside World Championships. He was also a two-time San Antonio and Texas State Golden Gloves champion (201102012), losing both times at the Golden Gloves National Championships to the eventual champion.

At 18, Castaneda decided that he’d had enough of amateur boxer and he turned pro, largely because he his style is much better suited for the pro ranks.

Castaneda will face the stiffest test of his young career, Estonia-native Stan Martyniouk (20-2, 6 KOs), who fights out of Belmont, California, the main event.