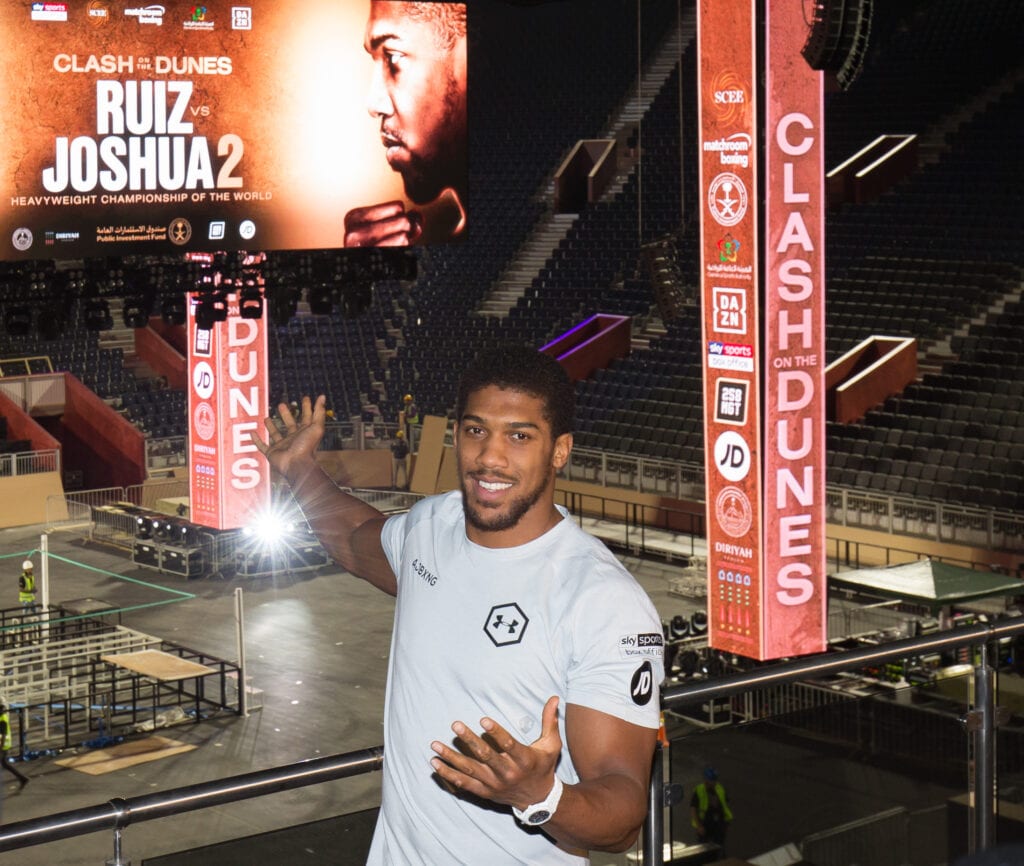 Mike Tyson, in a fight simulation held by the gang at the World Boxing Super Series at the end of March, won their heavyweight championship final against Muhammad Ali, winning by unanimous decision 114-111 by all three judges. Ever since that victory, the world of boxing has been kicking up the age-old debate who would win if they had met in their prime: Tyson or Ali?

Revisionist history based on the game has folks saying Tyson. Tyson himself admittedly said it would be Ali.

Current multiple titleholder Anthony Joshua speaking with JD Sports on their show, recently explained why he would pick Tyson if the two ever had met in the ring,

“The current heavyweight division in the amateurs is what we class as the cruiserweight division, so Muhammad Ali wouldn’t have been a fully fledged heavyweight,” Joshua said to JD Sports. “Let’s say we bulked Muhammad Ali up and put size and strength to him. I truly believe Mike Tyson would’ve won.”

“The reason being [that I think Tyson would win], when you watch the fight with Joe Frazier and Muhammad Ali, you see a certain Tyson-esque to Frazier’s’s style,” Joshua said.” Tyson used to study that Joe Frazier…. the moving, the hooks. He managed to put Ali down in the [first] fight, it was a very tough fight for Ali. And I just believe Mike Tyson was better schooled, times have evolved, Mike Tyson was more developed, more science, more information – so I think that Mike Tyson would’ve won, in my humble opinion.”

Get your questions in ⤵️ https://t.co/g0iFT9hkG2

Sound reasoning, but let’s not all forget when Tyson was asked about this, Tyson himself had he would have no shot.

“There’s no man like him,” Tyson said in the interview to Thisis50.com. “Everything we have, he supersedes it. Nobody beats Ali. It’s not about the muscle memory it’s not about concentration; it’s just about him doing it. I can’t beat that man, hell no f**k this.”

While the COVID-19 pandemic wouldn’t have stopped this fantasy matchup fight from ever happening, it’s always a fun conversation to have just cause.