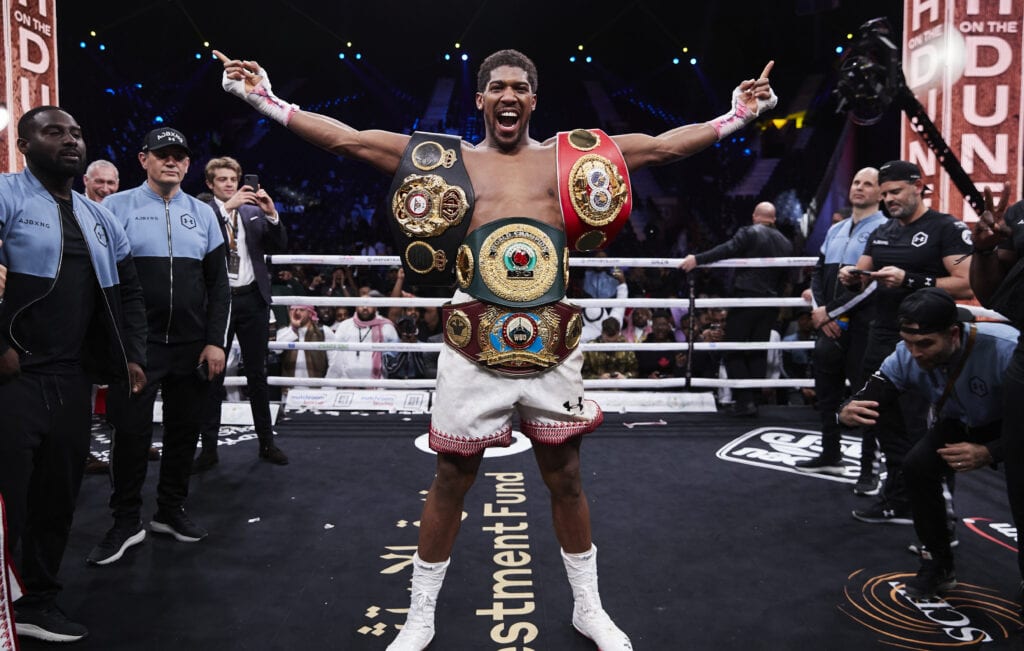 Joshua focused on Pulev, Fury after

Last week, the fight announcement of Unified Heavyweight Champion Anthony Joshua taking on mandatory challenger Kubrat Pulev was made official. With that announcement and should Joshua become victorious, there’s potential for an all United Kingdom heavyweight clash between Tyson Fury potentially in 2021.

That Joshua-Pulev contest is slated to take place on December 12 at the O2 Arena in London.

Joshua speaking with Sky Sports, put his “two cents on” the situation between Deontay Wilder and Tyson Fury III and thinks that Wilder is cooking up a ‘master plan’ of sorts.

“The situation with him and Wilder, now he’s up in the air, what he’s doing,” Joshua told Sky Sports News.

“I don’t know, so I can’t speak on everyone’s situation, but just from my humble opinion, after a loss, things change,” Joshua told Sky Sports News.

“You distance yourself. The world is cruel. You’ve got to have a thick skin.”

Joshua can relate as he had suffered an upset loss against Andy Ruiz last June in New York. He would avenge that loss by winning the belts back in Saudi Arabia last December.

“Either he’s putting together a master plan – he’s in a lab right now, with his science glasses on, studying Fury’s every move. Either he’s doing that, or he’s sitting at the edge of that lake, with his head in his hands and thinking, ‘What’s going on?’

Despite all the talk about him taking on Fury net year, Joshua must overcome the challenge of Pulev and is solely focusing on that currently.

“I had my little slip-up last year,” Joshua said. “We’ve brushed it off, and we’ve got the belts back, and now I’m going to go out there and get back on the gravy train and fight the likes of Fury 100 percent.

“But without getting past Kubrat Pulev, who is a serious competitor and challenger, there aren’t no talks of Tyson Fury and stuff like that. It’s a tough game I’m in, because as I said, it’s the pot of gold at the end of the rainbow, but before that, I’ve got to navigate my way through, and Pulev is a big old heavyweight standing in the way of that pot of gold.

“I’m still very hungry and disciplined, so I want to steamroll through him. That’s the fighter’s talk coming out. With that being said, it takes a lot of training in the gym, and that is what training camp is about.”

What went so wrong for Lomachenko Saturday night?
Lopez Saturday Upset Of Lomachenko Scored with ESPN Audience
Advertisement
To Top