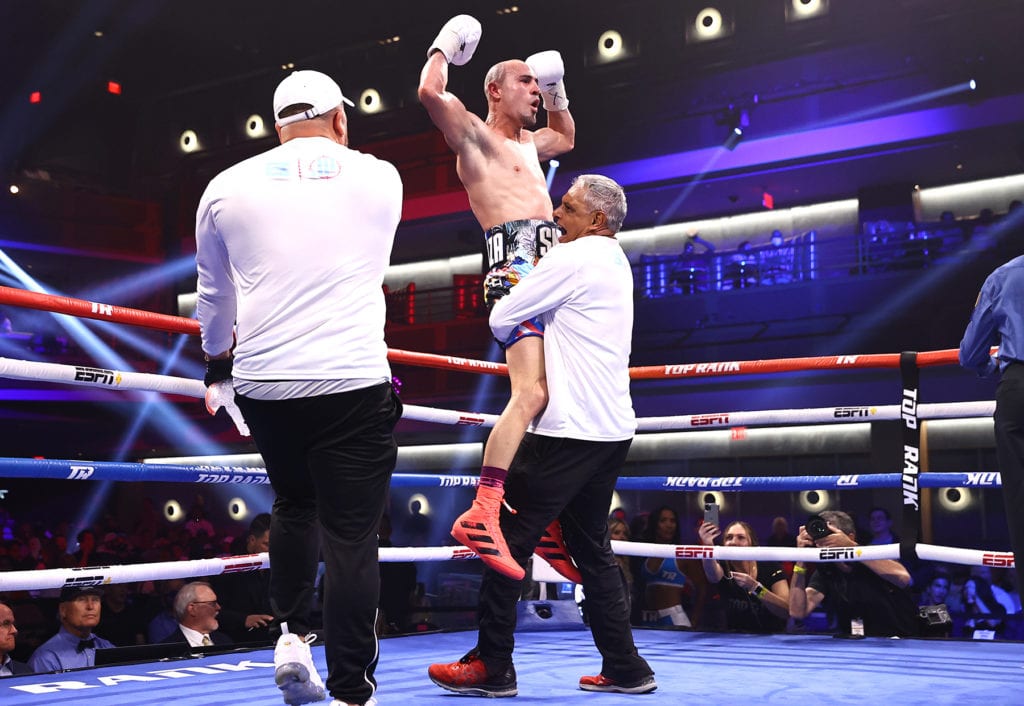 In the Top Rank co-main event yesterday in Las Vegas, former two-weight world champion Jose “Sniper” Pedraza (29-3, 14 KOs) boxed his way into the junior welterweight world title picture with an eighth-round stoppage win over the previously undefeated Julian “Hammer Hands” Rodriguez (21-1, 14 KOs). Rodriguez’s left eye swelled up early in the fight, and following the eighth round, he told his corner he could no longer see out of the injured eye.

This bout was the co-main event to the Shakur Stevenson wide points victory over Jeremiah Nakathila.

Pedraza has now won three straight bouts since losing his junior welterweight debut to Jose Zepeda. At the time of the stoppage, he held a 77-75 lead on all three judges’ cards, despite getting to that scorecard differently on all three cards.

So glad #PedrazaRodriguez didn't go to the cards. Here are the scores before the stoppage.

The fight was one that once the eye started to swell up for Rodriguez, you could tell was visibly giving him a hard time. Combine that and Pedraza looking like the slicker boxer, was able to land and outboxed Rodriguez. The build-up was interesting as Rodriguez had never faced the level of the fighter in Pedraza and that showed once the bell rang.

Pedraza said after the fight, “My experience was too much for him. I was hungrier than him, and he was just another obstacle in my journey to become a three-division world champion. That is my goal.

“I want all the big names at 140 pounds. With this performance, I sent a message to those big names. The ‘Sniper’ is on the hunt. I want to make history for Puerto Rico.

“As the fight went on, I could see him weakening, and I took advantage.”